9 October 2014: Yesterday's post gave some highlights and overview - along with some pictures and a neat video - of the French replica frigate L'Hermione. With renewed interest, sparked by Tall Ships America, Operation Sail and the bicentennial of the War of 1812 gathering of these magnificent vessels, I expect we will see more of tall ships appearing on the horizon with the passage of time. There is currently building in Rhode Island a modern version of a full rigged ship named the Oliver Hazard Perry. Full rigged means three masts fitted with square sails and a mizzen mast with a gaff rigged fore- and aft sail. Here's a rendering of what she will look like: 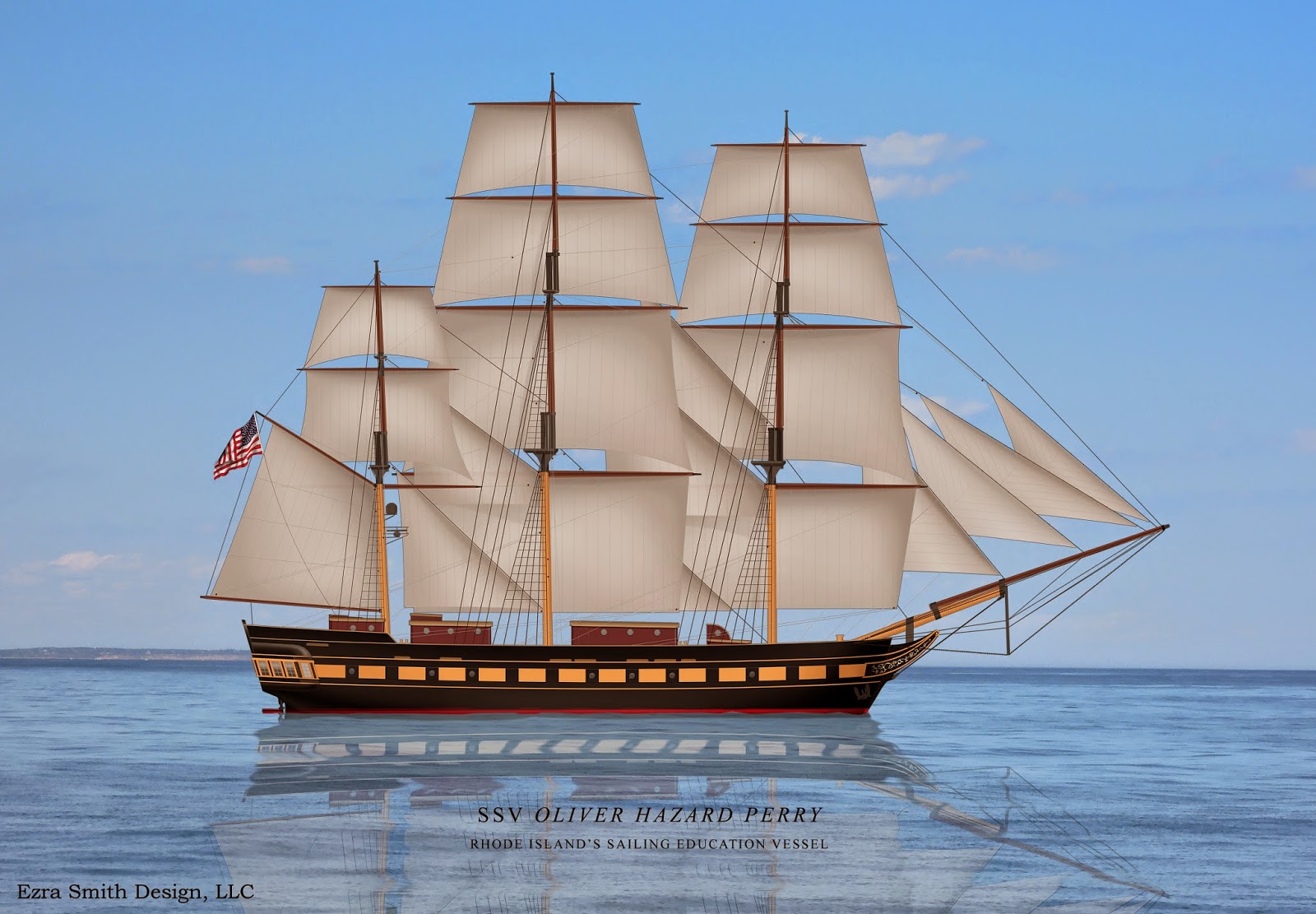 The hull was begun in Canada where a failed project to build a replica of the British ship HMS Detroit, a 20 gun vessel which was captured by Oliver Hazard Perry on Lake Erie became available at the right price. The 138' hull had cost $3 million but the Rhode Island Trust procured it for $325,000, had it towed to Rhode Island where work commenced to create a modern (below deck only) full rigged ship of 207'. Topside she is all traditional and has recently been "masted" (her masts were stepped). She is the largest privately owned tall ship and the largest civilian sail training vessel in the United States. She will sail as Rhode Island's official tall ship - a good will ambassador - and school ship, a floating classroom.

With almost 7 miles of rope rigging - both running and standing controlling 20 sails of 14,000 square feet, she is the first full sized tall ship to be built in the United States in over 100 years!

She will carry no passengers; everyone aboard will be functioning as crew and will take an active role in her management and sailing the ship. She meets and exceeds all USCG and ABS mandates for a ship of her size, and will accommodate 49 people overnight and 100 for day sailing.

While she is not ready to sail yet, she will be soon and will undergo sea trials once she is complete.

Fair Winds,
Old Salt
Thanks to the Rhode Island Trust for this information and the images.  OS
Posted by Maritime Maunder at 12:24 PM