4 October 2014: Today is an anniversary which I think deserves a mention in these pages: The beginning of work on Mount Rushmore National Monument in the Black Hills of South Dakota. What's that? Oh, yeah! I am well aware that South Dakota is not exactly the meta-center of things maritime or even that it's near water beyond a river or two. But maybe branching out a bit will broaden all our horizons and we'll discover some new and fun stuff. And no, I am not leaving permanently for dry ground. This merely a slight detour on our course. So what's the big deal? 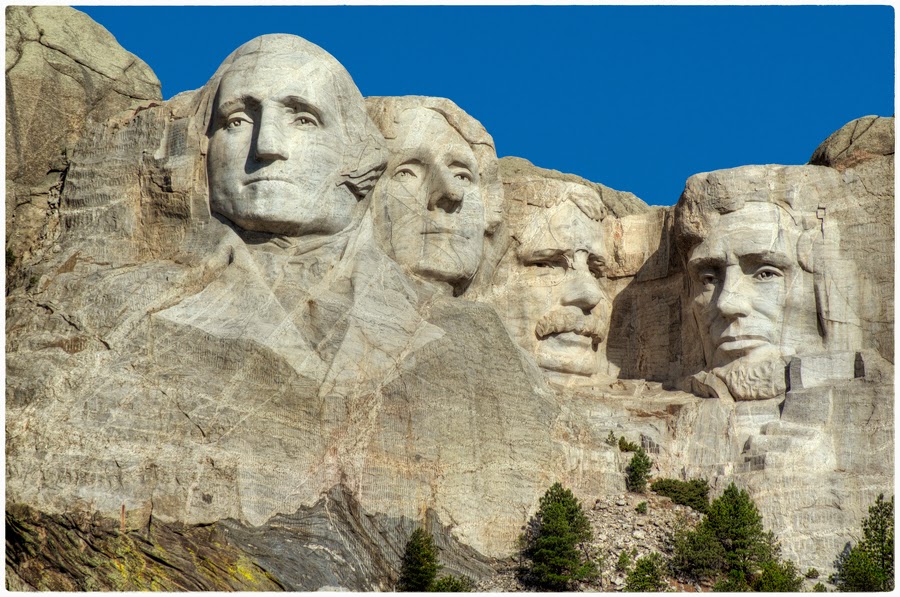 This is the big deal. While I have never seen it in person, it is on my "bucket list" and I hope to get there one day. It is hard to fathom the scope of this masterful carving from pictures, but try because it's nothing short of amazing. For some indication of scale, look closely at the workmen in the images below.

On this date (4 October) in 1927, an historian named Doane Robinson hired sculptor Gutzon Borglum to carve the faces into the mountain in an effort to attract tourism to the Black Hills. The first face carved, appropriately, was that of  George Washington.

Borglum had begun to create Jefferson's likeness to Washington's right, but about two years into the carving, the rock "canvas" cracked so badly he had to start over, placing Jefferson on the other side. Washington was completed in 1934 and Jefferson in 1936. 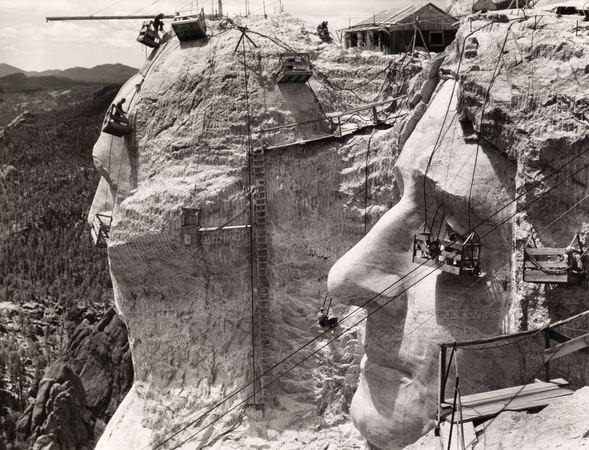 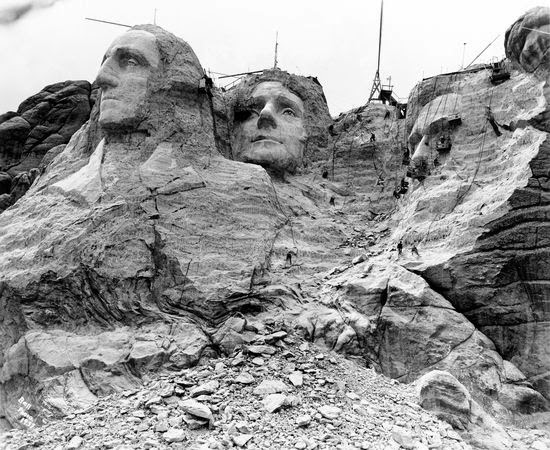 It was dedicated then with President Franklin Roosevelt present. In '37, Lincoln was finished and by 1939, Teddy Roosevelt was added. Here's another amazing factoid: the whole project, funded by the federal government, cost $1 million! That's it! Imagine what it would be today!

Borglum kept working, touching up his work with the intention of adding inscriptions on the mountain, giving a capsule outline of American history. Sadly, he never got the opportunity to add what surely would have been a worthy improvement as he died quite suddenly in 1941.

I hope you will agree that this little gem of information was worth a bit of  a detour from things maritime!

"The winds and waves are always on the side of the ablest navigators." Edward Gibbon

Posted by Maritime Maunder at 11:34 AM