January is done! Yikes! Hard to believe we are 1/12th through the new year and I am still struggling to write 2023 on documents!

While we normally write about things maritime, ships, wrecks, and the sea, sometimes it's nice to add a little spice to the mix (see what I did there?). So today, from the British Guardian, comes a piece about the origins of a necessary commodity in our everyday lives: pepper. Written by writer and academic, Dr. Anna Sulan Masing.

And at the end of today's post, a special "plug" for a podcast some of you might enjoy! Check it out!

Pepper changed the world – but how many people know that? 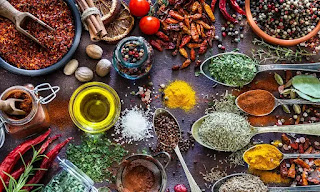 In 1603, James Lancaster arrived back in London after several years in pursuit of riches, bringing ships laden with peppercorns. He was in command of the first British East India Company fleet, an entity that was granted a royal charter by Elizabeth I in 1600, and had travelled to south Asia and back.

Pepper is believed to be originally from Kerala and specifically the Western Ghats, a humid and wet stretch of mountains on the western coast of India. It was known throughout antiquity and particularly loved by the Romans, and was well established in England by the 1100s, when the Guild of Pepperers was formed in London. (This guild went on to become the Company of Grocers, which is still in existence today.)

The desire for spices such as pepper drove European expeditions eastwards, to cut out the middlemen who brought them overland. Ultimately, the desire to own and amass riches from these spices and similar goods drove colonialism. The unknown “east” became known and ownable. In a sense, those first pepper-filled ships marked a turning point, a period when the western world shifted, after which there was no going back.

Elizabeth I’s charter for the East India Company was for 15 years, but her heir, James I, extended it indefinitely with only one rule: the company had to turn a profit to keep the charter. As the historian Alex von Tunzelmann has written: “Thus a beast was created whose only objective was money … pure capitalism unleashed for the first time in history.” In another passage, she writes: “It was a private empire of money, unburdened by conscience, rampaging across Asia, unfettered into the 1850s.”

With pepper, as it is for migrants, the answer to “where are you from?” is complex and varied, and involves many stories and histories including colonialism and violence; it can tell us about hidden pasts and forgotten voices. As a mixed-race person from postcolonial places who has found a home in Britain, and whose family grew pepper in Borneo, my story feels entwined with the spice. I quite simply exist because of these global trade crossings.

From this personal relationship, I began looking into the farming and use of Sarawak pepper five years ago, when I saw it on a menu at a Michelin-starred restaurant in London. This turned into a wider pepper exploration and a 10-part podcast series, Taste of Place. Pepper’s origin story is nuanced, at times contradictory and always fascinating. It is also a story of cuisine, and how it has embedded itself in various cultures.

I learned that white pepper developed a hold in French cooking during the Renaissance period so as not to darken the roux; that it is a feature in Hong Kong Cantonese cooking, particularly in the sauces and broths, as it is aromatic. It is now as much a staple in British cafes as it is in breakfast noodle cafes in Kapit, a riverside town deep in the Sarawak interior where my family are from.

For many of the people I interviewed, pepper was evocative of a very specific memory. Black pepper on scrambled eggs allowed the British-Mauritius artist Shiraz Bayjoo’s grandmother to cook him breakfasts she thought he had become accustomed to in the UK; it is the essential ingredient in the pasta dish cacio e pepe; the anthropologist Dr Mythri Jegathesan relates it to her mother’s rasam; and it has become family lore for the novelist Emma Hughes as a “Scottish” recipe with strawberries. How pepper is part of different lives was the way into this research.

As for my own connection, Sarawak is a state of Malaysia on the island of Borneo, and its pepper has been a tool to look into my heritage. I have re-seen the spaces of my childhood as spaces of labour. I have also found that the trade routes of today are still as opaque and shrouded in mystery as they were 500 years ago.

Having visited the spice market in Istanbul Turkey some years ago, I can attest to the amazing variety and abundance in the selection of peppers available to the consumer. Few of us (who are not professional chefs) would be uncertain as to how to use most of them!

Now, as promised at the outset, a special announcement from the podcast, STUB ME DOWN :

While most readers know me for my love of all things nautical and maritime history (and this blog, as well, possibly, as my website, Seafiction.net), I also spend a great deal of time playing music, specifically the guitar. I joined my youngest son Josh on his music-focused podcast, Stub Me Down, to chat with him and his friend Christian about my musical beginnings and experiences along the dusty road. You can check out that episode here  And if you are a lover of the live concert experience, check out other episodes of Stub Me Down, available wherever you get podcasts. These are great fun and worth the time to listen.

Hope you'll tune in and enjoy!

Posted by Maritime Maunder at 7:56 AM No comments: