25 September 2022: Seems as if summer has left suddenly and autumn is coming in with a roar! Windy and quite cool here on the East coast and a hurricane building to hit the Gulf of Mexico early in the coming week - and of course, hurricane Fiona just laid waste to the Canadian Maritimes. Does all this foretell of a tempestuous season? Time will tell - but be ready for anything! Including some shocking news that theoretically could rewrite the history books! From the UK Mirror:

In 1984, Brazil issued a nationwide ban against underwater exploration, after an American archaeologist claimed to have discovered an ancient Roman shipwreck which could rewrite history.

In 1985, a dispute between the Brazilian Navy and an American marine archeologist threw the very timeline of Brazil’s history into question. 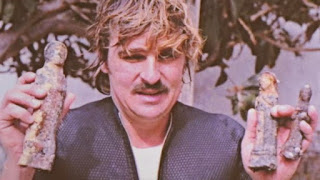 Marx accused the Brazilian Navy of dumping a thick layer of silt and sand on the remains of a Roman vessel that he purported to discover inside Rio de Janeiro’s bay.

As a result, Brazil barred the diver from entering the country and placed a ban on all underwater exploration along the country’s 4,600-mile coastline. Suspicious right?

The reason for such a suspect response, Marx claimed, is because the discovery would be proof of a Roman presence in the area over 1,700 years ago. This, in turn, would shift the very foundation of Brazil’s proud history.

Against their will, the Brazilian Church, politicians, economic leaders and, indeed, many civilians would be forced to reconsider whether Portuguese navigator, Pedro Alvares Cabral, really had discovered the country in 1500.

However, in 1976 Lobster divers first found a broken piece of ceramic material, called a potsherd studded with barnacles just off Governor’s Island in the bay, 15 miles from Rio De Janeiro.

A Brazilian diver brought up two complete jars with twin handles that taper at one end, which were the kind used by Mediterranean people for storage and are known as amphoras. 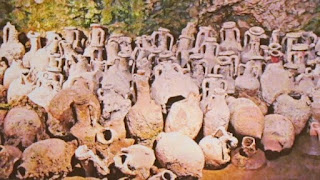 Brazilian specialists disagreed over the age of the jars, which were turned over to the Navy and stored in a warehouse.

In comes Marx. Marx had been investigating shipwrecks since 1951 and had long sought to prove that Columbus was not the first sailor to reach the Americas.

In 1982, the energetic marine archaeologist obtained permission to explore the site and, on a dive of 90 feet, he found the parts of perhaps 200 broken amphoras and several complete ones.

Marx took the amphoras to Elizabeth Will, a professor of classics and specialist in ancient Roman amphoras at the University of Massachusetts, who said that they were very similar to the ones produced at Kouass, a Roman Empire colony that was a centre for amphora-making on the Atlantic coast of Morocco.

Quoted by the New York Times in 1985, Professor Will said: “They look to be ancient and because of the profile, the thin-walled fabric and the shape of the rims I suggest they belong to the third century AD.”

Fragments on the jars later underwent thermo-luminescence testing at the University of London, which determined their age could be even older around 19 BC.

In the next step, Marx and Dr Harold Edgerton of the Massachusetts Institute of Technology had explored the site with acoustical echoes and long metal rods.

Marx discovered 200 amphoras which could have been even older than 19 BC.

At this point, Marx became convinced that, below the potsherds, they had found the remains of a

wooden wreck that had been shattered from an impact with a large rock.

He suggested that a Roman vessel had been blown off its course and reached Brazil. Marx returned home to prepare for a full-blown excavation of what he believed would potentially be the greatest discovery of his career.

Almost every voice of power in Brazil, particularly Brazil’s dictator at the time, General João Figueiredo, rallied against the American archaeologist.

The Portuguese explorer credited with the discovery of Brazil was universally beloved by Brazilians, regarded as a saint and national hero. 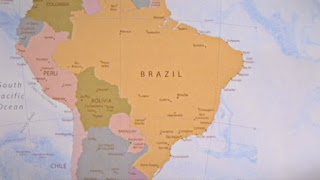 As a Catholic nation known for its pious faith, the idea that the country was not discovered by Cabral - a Catholic nobleman - was considered blasphemous.

Meanwhile, accepting the possibility that pagan pre-Christian Romans discovered Brazil was simply out of the question.

The opposition was not simply religious but also carried deep political implications.

Brazil had a sizable Italian population and, upon news of the shipwreck, the Italian ambassador to Brazil demanded that Italian immigrants should be given immediate citizenship to the country, rather than jumping through the extensive and exhausting application process, which was bypassed by Portuguese citizens.

With trouble brewing, Marx was quickly labelled as a hoaxer.

In 1984, all other permits for underwater exploration and digging, a prolific field in Brazil, were banned as a result of the controversy. Marx was prohibited from entering the country.

By the time Marx returned in January 1983 to start salvaging the wooden wreck, he found it buried under a large mound and a thick layer of silt.

He reported that Government officials told him: ''Brazilians don't care about the past. And they don't want to replace Cabral as the discoverer.''

The other side of the story

Brazil’s account of events is unsurprisingly different to those above.

The Brazilian Navy denied anything being covered up and, in turn, charged Marx with possession of “contraband” belonging to other wrecks in the country.

Substantiating their claims, the Brazilian officials presented a catalogue of an auction held in Amsterdam in 1983. It appeared to show gold coins, instruments and other artefacts that were removed from shipwrecks in Brazil up for sale on behalf of Marx.

The officials argued that Marx had not reported making the discoveries in his inventory, violating his diving agreement. This, they said, was their reason for banning him from entering Brazil.

It was reported that several attempts to give Marx the opportunity to respond to these charges were unsuccessful. Allegedly, one phone call ended abruptly when Marx said: ''Don't bother me,'' and then hung up.

There are thought to be over 100 English, French and Portuguese unexplored ancient shipwrecks in Guanabara Bay of Rio de Janeiro

Adding to the stir, a wealthy Brazilian businessman, Americo Santarelli, claimed the amphoras to be his property.

He said that he had taken such a strong liking to some ancient Sicilian amphoras that he had ordered a potter in Portugal to make exact replicas.

In an attempt to “age” the jars, he said he dropped 15 of them in Guanabara Bay in 1961, but collected only four.

The academic consensus insists that the Romans did not undertake a transatlantic voyage.

So, dear reader, hoax or the real deal? It is unlikely we'll ever be certain, but we shouldn't discount the fact that it is possible.....

Posted by Maritime Maunder at 11:44 AM No comments:

18 September 2022: Last week of "official" summer, friends and yet the weather continues picture perfect.... soon enough, we fear, the snow will fly (global warming notwithstanding!) and we'll be dreaming of warm sunny days, past and future. For now, though, a piece from ABC Australia that is kind of near and dear to your 'umble scribe as, about 10 years (maybe 15?) I wrote a book entitled When Fortune Frowns which told the story of HMS Pandora and her travails in the Pacific fetching the Bounty mutineers. In connect with research on that subject, I was privileged to visit the Museum of Tropical Queensland in Townsville (Australia) and see "behind the curtain" courtesy of the Chief Archeologist and Senior Diver, Peter Gesner, in the exploration of the wreck of Pandora. It was an amazing experience. In addition to the images accompanying the ABC Australia article I have included some of my own from my visit to the museum.

Thousands of underwater films, photographs, hand-drawn maps, field journals and other unseen [ed: I have seen much of it!] archive material are being digitised to bring to light the untold story of the discovery and excavation of the Pandora wreck 120 kilometres east of Cape York.

Curators at the Museum of Tropical Queensland in Townsville believe it's the first time a digitisation project of this scale has been attempted in Queensland. 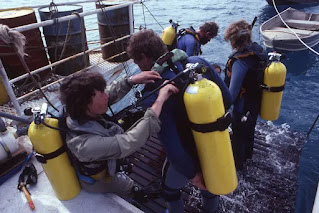 "This is a once in a lifetime chance to have it all digitised and the fact that it can then be publicly available is just incredible," said the museum's senior curator of maritime archaeology, Dr Maddy McAllister.

HMS Pandora was a 24-gun Royal Navy warship dispatched to the South Pacific to hunt down the mutineers of HMS Bounty, a story etched in seafaring folklore.

Pandora hit the far northern Great Barrier Reef and sank in 1791, taking 35 men down with her. 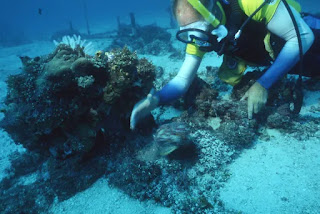 For almost 200 years, the wreck lay undetected in the Torres Strait until its discovery in 1977.

Australian researchers have been collecting artefacts and information from the site for more than 40 years.

"My favourite piece from the archive collection is the hand drawn site plan from 1986 from the excavations," Dr McAllister said.

"It shows a cannon, jars and hairbrushes, some of the really incredible personal objects that we have in the collection.

The Museum of Tropical Queensland holds the world's largest collection of artefacts from the shipwreck, with more than 6,000 stored in archives.
"It's making it accessible to people who don't have the chance to come into the museum or maybe don't have the opportunity to look at that sort of content," said the museum's assistant curator of anthropology, Sophie Price.

The museum hopes to complete the digitisation project by mid-2023, but it is painstaking work to convert material stored on outdated devices like floppy disks and analogue slides.

This is truly a labor of love, as the collection is amazing and extensive. More artifacts would have been recovered had the team not found 3 bodies (skeletons) which they recovered, identified, and reburied, effectively shutting down the site for further exploration. Should any of our readers wish further information on this story (yes, here comes the crass commercialization) please read When Fortune Frowns by William H White - available in paper or digital through Amazon.com.

Posted by Maritime Maunder at 12:54 PM No comments: