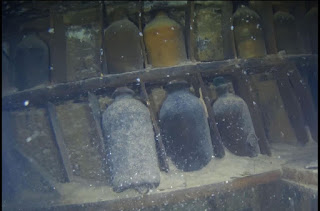 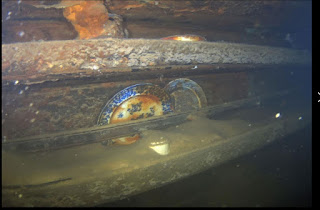 19 August 2019: Ready for a ghost story? Cue the music .... While not the first occasion of this happening, it is surely rare enough to attract some attention.

A huge freighter, presumed lost, ran aground on a sandbar near Thongwa township in Myanmar’s Yangon region after disappearing almost a decade previously. Local fishermen were stunned to witness the reappearance of this “ghost ship,” tattered and time-worn but bearing no evidence of its journey since going off the radar.
Most mysteriously, the freighter carried no cargo or any trace of its original crew members. 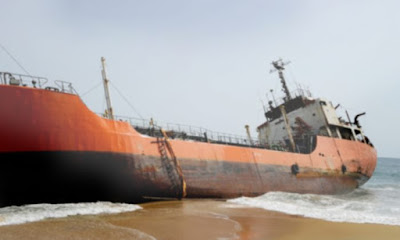 Neighboring countries had firmly believed that the container ship, named “Sam Ratulangi PB 1600,” was lost to the depths of the ocean. Fishermen reported the baffling reappearance before bravely boarding and inspecting the ship for clues. The navy, coast guard, and police joined in the hunt on the massive 177-meter-long freighter weighing in at an estimated 26,510 tons.
“No crew or cargo was found on the ship,” said Thongwa municipality MP Ne Win Yangon, as quoted by the Myanmar Times. “It was quite puzzling how such a big ship turned up in our waters,” he continued. “The authorities are keeping a watch on it.”
After a detailed investigation, however, Myanmar officials found the answers they were looking for.
According to ABC7, the ship was being towed to a salvage yard in Bangladesh when the tugboat lost control during a storm. Broken tugboat cables were still attached to the freighter when it grounded. Myanmar navy representatives backed up the idea that the ship was being towed, reporting that “two cables were found at its head,” said the BBC.
Bangladesh was the likely destination. The country has a significant ship-breaking industry; hundreds of commercial freighters are scrapped in Chittagong every single year, and the Sam Ratulangi was probably destined for the same fate.
Based on clues from the navy’s coastal radar, navy crew scoured the waters for a tugboat near the site of the washed-up ghost ship Sam Ratulangi, and found one. A tugboat vessel named “Independence,” said Straits Times, was carrying 13 Indonesian crew members about 50 miles from Yangon’s shores.
The 13 crew members offered up some illuminating information. The Independence had been towing the Sam Ratulangi toward a salvage factory in Bangladesh two weeks earlier. However, some of the ship’s cables detached in a bout of bad weather and the crew decided to leave the battered freighter behind.
The 18-year-old Sam Ratulangi was last spotted off the coast of Taiwan in 2009, and bore the flag of Indonesia.
The Burmese Navy inspected the ship on August 30, 2018, and discovered significant damage including rust and a huge split in the hull from having been beached on a sandbar for several days.
According to the Independent, the Sam Ratulangi is not the first ghost ship that has haunted Asian waters. In recent years, a number of mysterious vessels have been identified drifting off the shores of Japan. In some cases, the corpses of crew members were found on board; in others, the ships were deserted.
The Sam Ratulangi, however, is the first of its size to have emerged so mysteriously after so long lost at sea.
~~~~~~~~~~~~~~~~

So, keep an eye peeled. One never knows when another ghost will appear out of the mists! 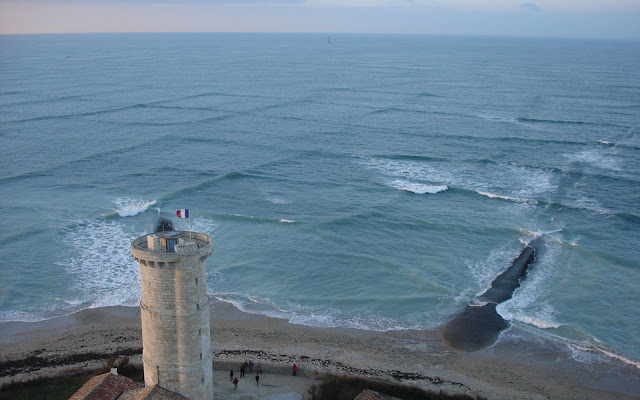 
Posted by Maritime Maunder at 7:32 AM No comments: