29 October 2014:  Today is an anniversary of several bad, really bad, events. Of course, everyone remembers the Crash of 1929 - Black Tuesday - October 29th. It contributed significantly to the world-wide depression which lasted right into the late 30's. But that's not what I want to talk about today. The other event was only two years ago and is still painfully fresh in the minds of many people, especially those living at the New Jersey Shore and the south coast of Long Island. "Super storm Sandy" will long be remember by those who lived through it - one way or another. There are still many sites where houses and buildings used to stand, and a few where the wreckage has yet to be cleared completely away. And I know of many who lost their boats in the storm and have just quit boating entirely. But that's not what I want to talk about today either . . . but it does lead us into today's subject: fake distress calls to the Coast Guard. 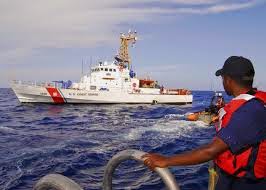 I can recall, not that long ago, seeing cutters and helos scrambling from the Coast Guard station at Sandy Hook NJ and charging 'hell for leather' out into the Atlantic. The weather was nor terribly bad - the sea was a bit rough and the wind was up a bit, but I have been out in worse on smaller vessels. Lots of people headed to the beach at Sandy Hook to watch a rescue operation - there are many sand bars and rocky places off the shore there which can, and do, prove troubling for passing vessels. The cutters steamed in an obvious search pattern while the helo - I think there were two of them - flew racecourse searches in what turned out to be a vain effort to find several people in a rubber raft which had been deployed (according to the distress call) from a burning and sinking yacht. Very quickly the media got wind of it and the TV vans and reporters showed up, broadcasting live reports of the search. Ambulances lined up on Sandy Hook waiting for the victims to be brought ashore and local hospitals were alerted. 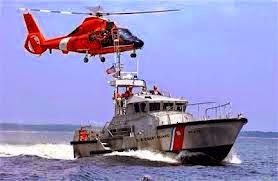 The search continued into the night, the helos's lights making eerie patterns on the water, as the cutters continued to churn the waves to froth in their frantic efforts to locate the victims. 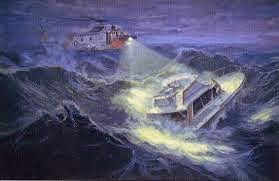 Victims, as it turned out, that did not exist! Some misguided soul in Staten Island, who had a hand held VFH radio, was trying for his 15 minutes of fame...... it took a while (over a year I think) but he got his fame and wound up cooling his heels in the slammer for quite some time, and he got to reimburse the Coast Guard for the cost of the search (which I am sure he paid quickly and in full! Right!) It turns out that the technology is now available to track those calls to their origin, much to the chagrin of the warped idiots who think it's a kick to watch the maritime community spin their wheels in a fruitless effort to rescue a non-existent ship/boat/individual.

So what triggered this now, several years after the fact? Well, it's happened again, this time in North Carolina where some jackass has made SEVEN fake distress calls over the past 2 years! They've been in the New Bern area beginning in September of 2012 with the most recent just two weeks ago. And the hell of it is, the Coasties can not ignore the call, even if they suspect it's a hoax on the chance that it's not. The Coast Guard is, like many of our service branches, sadly under-funded, the $150,000 each of these efforts cost takes funds away from the serious rescues and coastal patrols they do. And that expense does not include the military planes and helos that also respond.

When the Coast Guard was called out to rescue the sailing ship Bounty whose captain made the fatally wrong decision to sail into Super Storm Sandy off the coast of Cape Hatteras two years ago, they did not hesitate, providing aircraft, ships, and personnel who flew into the most horrible weather we can imagine to rescue the survivors of the tragedy. (The captain was never found) 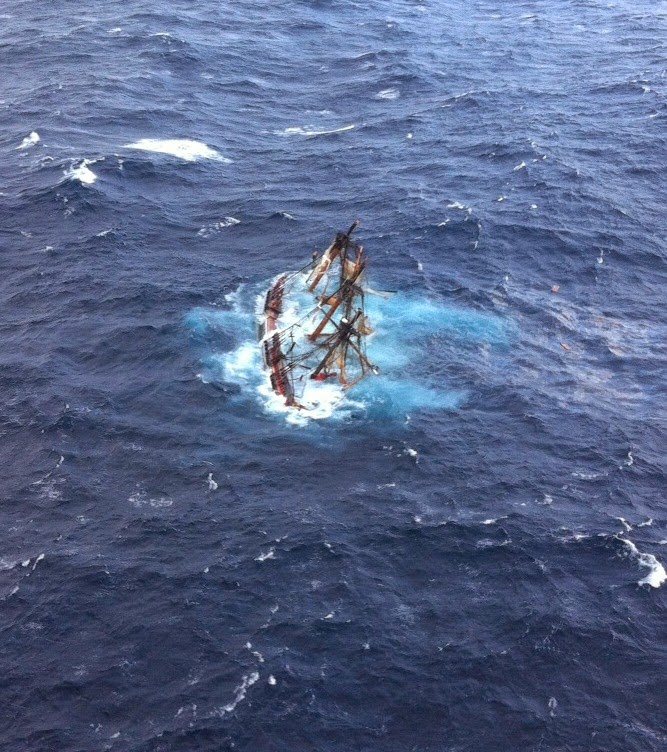 So these brave men and women are there, they perform, and they really don't need the jerks who think it's funny to fake a radio distress call. This is a criminal activity and, if caught, the perpetrator(s) will go to jail and face serious punitive financial expenses.

"What we obtain too cheap, we esteem too lightly; it is dearness only that gives everything its value."
Thomas Paine