21 October 2014: Big day today! Two major anniversaries to celebrate, but we're going to look at them separately since they each deserve the spotlight! So, first up: USS Constitution was launched today in 1797. Happy birthday, old girl . . . or should I say, "Old Ironsides." Yes, the Hartt Shipyard in east Boston slid our Ship of State into the waters of Boston Harbor 217 years ago! 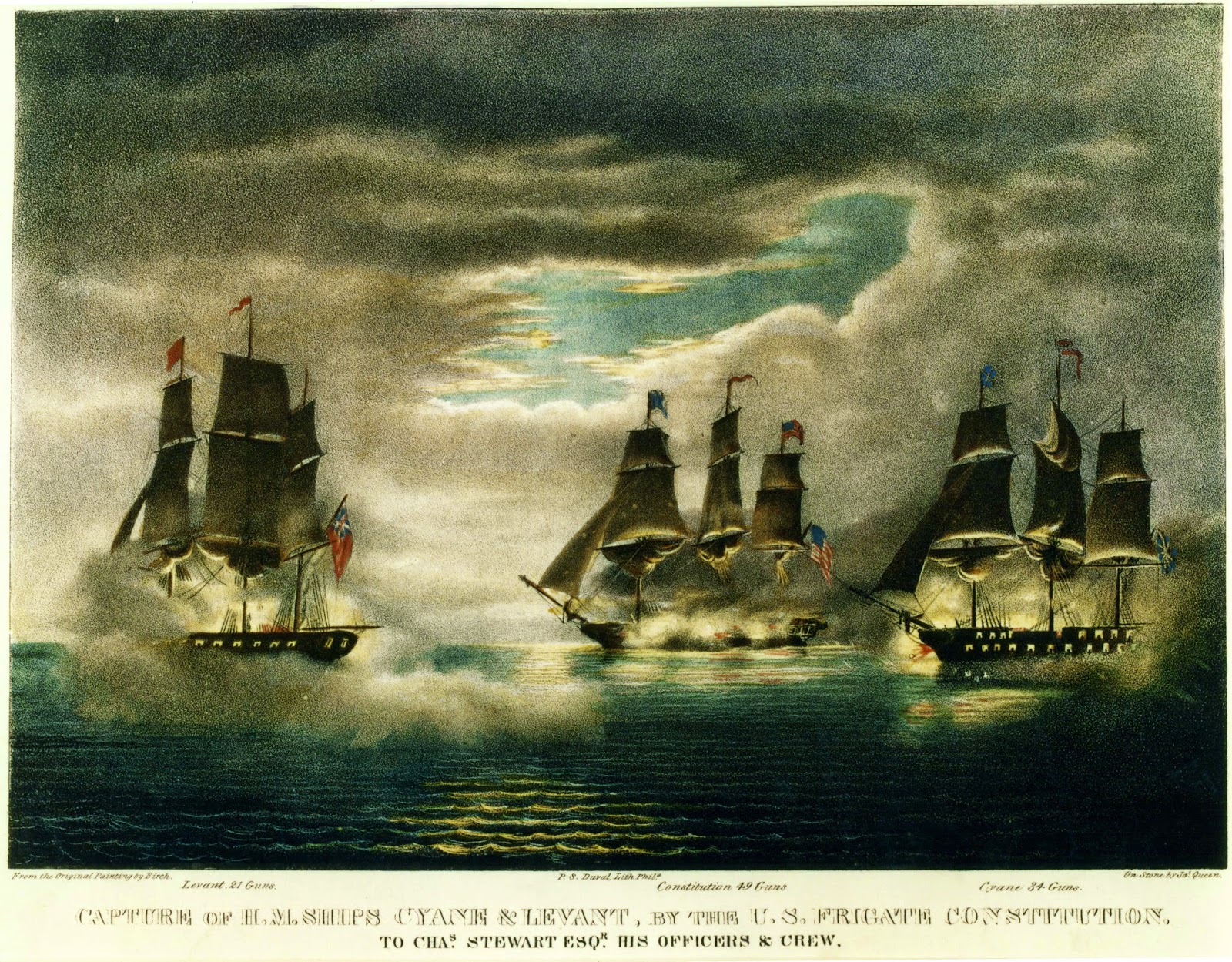 
Posted by Maritime Maunder at 1:17 PM