26 February 2021: Another month is almost done, Spring is right around the corner (we hope) and people are getting covid 19 shots. So things are beginning to look up. And now England is out of the chase for the America's Cup, leaving Italy (for the first time ever) to challenge the current holder of it, New Zealand. From the way the Italian boat has been sailing, I think they will give the Kiwis a good run for their money - maybe even take the Cup back to Italy with them! Should they actually do that, we here at Maritime Maunder hope that some level of sanity will return and the next challenge will be in conventional yachts!

Today's post comes from the North Carolina Herald and marks the anniversary of a weird happening off Cape Hatteras, the Graveyard of the Atlantic.

The 100th anniversary of a bizarre chapter in Outer Banks history — the arrival of a ghost ship — was quietly marked over the weekend with a tribute posted on Facebook.

“The Carroll A. Deering, a five-masted schooner, fell victim to the Graveyard of the Atlantic when she ran aground on the Diamond Shoals,” Cape Hatteras National Seashore officials wrote.

“Rescue efforts were unsuccessful as no crew could be found. Even now, 100 years later, the mystery of what happened to the crew remains unsolved, earning the nickname for this wreck, the Ghost Ship of the Outer Banks.”

The wreck of the Deering on Jan. 31, 1921 is “one of the most discussed and written-about maritime mysteries of the 20th century,” according to a National Park Service report.

An FBI investigation cited multiple possibilities of what might have happened in the ship’s final days, including a mutiny, a takeover by rum runners and even an attack by “Bolshevik-sympathizing pirates,” the NPS says.

“Some people have even suggested that the notorious Bermuda Triangle was to blame,” the park service says.

Ten men and “a six-toed cat” were aboard when the ship set sail from Norfolk, Virginia, historians say. Only the cat survived.

The ocean directly off North Carolina’s Outer Banks is home to more than 1,000 shipwrecks, due in part to shoals created by the colliding Gulf Stream and Labrador currents, experts say. Some historians put the number of shipwrecks at closer to 2,000, according to The Graveyard of the Atlantic Museum at Hatteras.

The Diamond Shoals is among the deadliest, described as “a cluster of shifting, underwater sandbars that ... extend for miles in varying directions,” Outerbanks.com reports.

A Coast Guard Station was the first to report seeing the Deering stuck on the shoals, with “sails still set and its lifeboats missing,” the NPS says. Due to rough conditions, rescue boats weren’t able to reach the ship until Feb. 4, historians say.

Not only was the crew gone, but also missing were their “personal belongings, key navigational equipment, some papers, and the ship’s anchors,” NPS historians report.

The Graveyard of the Atlantic Museum posted its own Facebook remembrance Saturday, which noted investigators found the wreck “had been driven high up on the shoals, which would have taken a massive force to accomplish.”

A red light distress signal was located atop a mast and “prepared food was supposedly found in the galley,” the museum posted.

“Researchers continue to try to discover what happened to a captain and crew that seemingly vanished into thick, foggy air,” the post said. “To this day, no trace of the crew or the ship’s logs has been recovered.”

Where is the wreck?

The Deering’s hull was “was dynamited and scuttled” a month after being found, out of fear it would free itself from the shoal and endanger other ships, historians say. “Whatever answers may have once existed are likely long gone,” the NPS said of the decision to scuttle the ship.

Pieces of the Deering have managed to survive in unexpected ways, however. Some of its timbers are incorporated in the facade of a gift shop at the Graveyard of the Atlantic Museum, which has a standing exhibit about the ship. The display includes the captain’s desk, an oak water basin, a silver flask, an oil lantern and ship’s bell.

Other bits of the Deering are scattered in the homes of some long-time Outer Banks residents, including the ship’s clock, according to Josh Nonnenmocher, administrator of Graveyard of the Atlantic Museum.

The clock hadn’t chimed in the past century — until last year, he told McClatchy News.

“The clock started chiming on Aug. 22 and that is the anniversary of when the Deering set out on its final voyage to Rio de Janeiro, Brazil. It has been dormant for years,” he said. [creepy! ed.]

Outer Banks guide Ray Stallings of OBX Beach Shuttle Services says the creepy story of the Deering is a regular part of his island tours. It’s usually told during a stop at Cape Point, which faces the deadly Diamond Shoals, he told McClatchy News.

“There are many theories of what happened, but they all leave questions,” Stallings said. “The most plausible theories of mutiny, rum runners and pirates doesn’t fit in with the ship being abandoned.”

Hmm. The whole story is one that will likely never be known, but it surely is thought provoking! Especially the bit about the clock chiming after 100 years!

Posted by Maritime Maunder at 9:03 AM No comments:

18 February 2021: Northeast, Midwest getting hammered - again - what a misery. My heart goes out to the poor souls caught in the worst of winter. And especially you folks suffering in Texas; we hope you get your utilities restored quickly! It almost make me feel guilty being here in the tropical south...almost! Hang in there you snowed in folks - Spring will come ... maybe even in another month!

A long time back, we posted a story about the pirate ship Whydah which wrecked off Wellfleet on Cape Cod in Massachusetts back in the early 1700's.  The wreck and a treasure trove of artifacts have been found and place in an eponymous museum on the Cape. There were only two survivors in the disaster and so, when the occasional human remains (skeletons) turn up, an effort is made to determine who it might have been, the hope, of course, is that at some point, Black Sam himself will appear (okay, his bones). And so the saga continues with another six more skeletons found. See the story concocted from a variety of sources below:

Six skeletons have been discovered off the coast of Massachusetts, with one thought to be the captain of a pirate shipwreck that occurred in 1717.

Samuel "Black Sam" Bellamy was the captain of the Whydah, the world's only verified pirate ship, which sank off Cape Cod and was discovered in 1984.

The new remains were found in multiple large concretions (hard, compact masses of matter) by underwater explorer Barry Clifford and are set to be examined by a team of archaeologists, the Whydah Pirate Museum announced in a statement seen by CNN.

Investigators hope to identify the skeletons and potentially link them to descendants living today.

"We hope that modern, cutting-edge technology will help us identify these pirates and reunite them with any descendants who could be out there," Clifford told 7 News Boston.

He continued: "This shipwreck is very sacred ground. We know a third of the crew was of African origin and the fact they had robbed [stolen] the Whydah, which was a slave ship, presents them in a whole new light. Their benevolent captain, the legendary Samuel 'Black Sam' Bellamy and crew were experimenting in democracy long before the so-called civilized societies had considered such a thing."

In 2018, author and member of the investigative team Casey Sherman found Bellamy's DNA in a descendant in New England, and it's now being tested against the skeletons.

"That bone was identified as a human male with general ties to the Eastern Mediterranean area," said Sherman in a statement sent to 7 News Boston. "These newly found skeletal remains may finally lead us to Bellamy as we now have his DNA."

According to the Whydah Museum website, the shipwreck was one of the worst ever seen on the eastern seaboard, with only two of 146 men on board making it to shore.

According to Marie Szaniszlo of the Boston Herald, the team unearthed one complete skeleton and portions of five other sets of remains. Some of the bones had been broken, likely when the ship capsized, crushing its passengers.

This isn’t the first time that archaeologists have recovered human remains from the wreck. In 2018, researchers from the museum compared DNA from one of Whydah Captain Samuel “Black Sam” Bellamy’s descendants to a leg bone found in the wreck. As Jason Savio reported for the Cape Cod Times that May, the analysis suggested that the femur’s owner was a man with Eastern Mediterranean ties, not the fearsome captain in question. 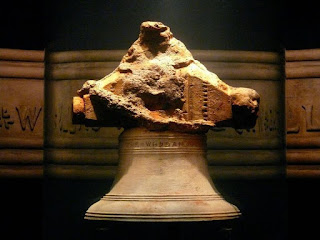 The only authenticated pirate wreck in the world, the Whydah boasts a storied history. As Kristen Young wrote for the Cape Cod Times in 2018, the ship sank off the coast of Wellfleet during an April 26, 1717, nor’easter, killing all but two of the 146 people on board. The bodies of 101 crew members eventually washed up on the beach, but another 43—including Bellamy—seemingly went down with the ship.

Born in western England around 1689, Bellamy was one of the wealthiest pirates of all time, stealing an estimated $145 million (when adjusted for inflation) before his death at age 28, according to data compiled by Forbes’ Matt Woolsey.

Per the Field Museum, Bellamy’s crew was made up of enslaved Africans, Native Americans, and sailors from across Europe and North America. Originally a British slave ship, the vessel was captured by Bellamy in early 1717.

The New England Historical Society notes that the captain treated all crew members equally, allowing them to vote on significant decisions. Bellamy, who nicknamed himself “Robin Hood of the Sea,” viewed his piracy as a form of vigilante justice against wealthy merchants who “rob[ed] the poor under the cover of law.” To retaliate, he once declared in a speech, “[W]e plunder the rich under the protection of our own courage.”

Artifacts previously recovered from the wreck include 15,000 coins; weapons such as a three-pound, .56 caliber pistol; tools; shackles; and gemstones.

According to the museum’s website, “At the time of the wreck, [the ship] was carrying … valuables from over 50 other ships captured by Bellamy’s pirates. The Whydah collection, therefore, represents an unprecedented cultural cross-section of material from the 18th century.”

Interesting tale. We will let you know should the bones turn out to be Captain Bellamy. Stay tuned!

As a matter of interest to some of you - okay, mostly to me - Maritime Maunder has now exceeded 118,000 readers! Amazing!

Posted by Maritime Maunder at 12:57 PM No comments: