7 August 2022: We're a week into August and true to form, the weather is driving everyone crazy. A 1200 year drought in the American West and only a few hundred miles east, devastating rain and serious flooding. And here in the Northeast, heat, humidity and worse, no rain to speak of. My grass hasn't needed cutting in over three weeks and looks like straw; were it a bit longer, I could bale it and sell it for cow/horse feed!

This week's post is a revisit of one we did several years ago but we found it interesting to many of our readers. This is not a repost, just more on the story with some new images to demonstrate the concept.

Historians have classified the invention of dazzle camouflage as a stroke of genius. On the surface, the idea of painting cool patterns over ships and making them stand out sounds absurd, as that would make them an easy target. But in reality, the geometric patterns made out of contrasting colors, curves, and shapes not only helped mask the true size of vehicles, but also confused enemy observes about its true shape and where it was heading when observed through a periscope. 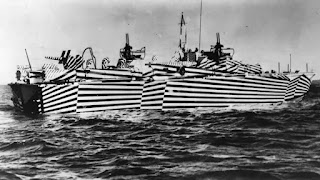 A certain pattern of wavy curves would make the ship look smaller and also shifted the perceived movement into a different direction. All these tricks made it extremely difficult for an enemy to target such camouflage ships with torpedoes. Just the way a modern day sniper studies everything from wind speed to enemy movement before taking the shot, U-boat torpedoes also had to be launched after assessing the size and pace of a ship. 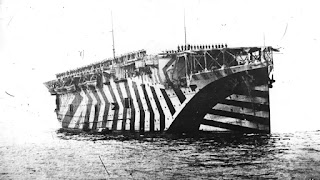 It was less about merely pulling the trigger and more about predicting where the enemy ship would be a minute after launching the torpedo. By camouflaging the ships, it became difficult to pinpoint the relative position of a ship a few minutes into the future. Miscalculating the target's movement by even a few degrees was enough to miss the mark, and this allowed the ships to evade the torpedoes. 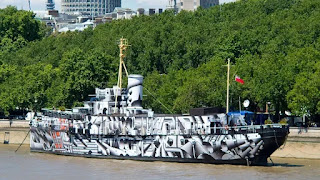 Dazzle camouflage can still be found on ships like the USS Freedom, but its use has drastically reduced in the modern era.

Makes one wonder why smugglers and drug runners don't use this interesting technique! Maybe it doesn't work so well when viewed from above!

Posted by Maritime Maunder at 1:06 PM No comments: 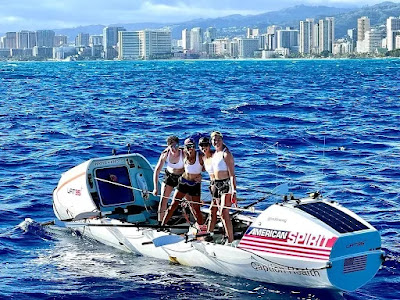 
Posted by Maritime Maunder at 11:24 AM No comments: