28 January 2017: Today, 28 January is the anniversary of a possibly the worst peacetime disaster in the annals of the United States Coast Guard: the collision between a merchant tanker and the USCGC Blackthorn in Tampa Bay, Florida. Yesterday the Coast Guard in Tampa held a memorial observance of the event. 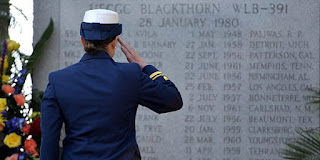 Courtesy of gCaptain, here's the story: 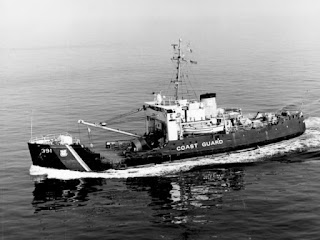 The USCGC Blackthorn, a 180-foot buoy tender, sank January 28, 1980 shortly after the collision with the tanker Capricorn near the Sunshine Skyway Bridge. The Blackthorn lost 23 of its 50 crew members in what is considered the Coast Guard’s worst peacetime disaster.

Here's the back story - (the collision):

Having just completed her overhaul at the Gulf Tampa Drydock Company, which included overhaul of the main propulsion generators, Blackthorn was outward bound from Tampa Bay on the night of 28 January 1980. Meanwhile the tanker S.S. Capricorn, owned by Kingston Shipping Company and operated by Apex Marine Corporation of New York, was standing (traveling with right-of-way) into the bay. The Blackthorn's captain, Lieutenant Commander George Sepel had departed the bridge to investigate a problem with the newly installed propulsion shaft. Ensign John Ryan had the conn.


Earlier they had been overtaken by the Russian passenger ship Kazakhstan, Blackthorn pulled to the side to allow her to pass, when requested, and then continued almost in mid-channel. Some contend that the brightly lit passenger vessel obscured the ability of the crews of Blackthorn and Capricorn to see each other.
Capricorn began to turn left, but this would not allow the ships to pass port-to-port. Unable to make radio contact with the tender, Capricorn’s pilot blew two short whistle blasts to have the ships pass starboard-to-starboard. With the officer of the deck confused in regard to the standard operating procedure, Blackthorn’s Captain issued orders for evasive action.
Though collision was imminent, initial damage was not extensive. However, Capricorn’s anchor was ready to be let go. The anchor became embedded in the tender's hull and ripped open the port side, but above the water line. Then as the two ships backed away from each other, the chain became taut. The force of the much larger ship pulling on it, caused it to tip on its side until it suddenly capsized. Six off-duty personnel who had mustered when they heard the collision alarm, were trapped in the skin of the ship. Several crew members who had just reported aboard tried to escape and in the process trapped themselves in the engine room. Though 27 crewmen survived the collision, 23 perished. In the end the primary responsibility for the collision was placed with Commander Sepel as he had permitted an inexperienced junior officer to conn the ship in an unfamiliar waterway with heavy traffic.
22 days after the tragedy, Blackthorn was raised from her watery grave. Here's the news video of the recovery operation:
click below:
Blackthorn raised

That's about it for now. See you next time.

Fair Winds,
Old Salt
Posted by Maritime Maunder at 8:53 AM No comments: 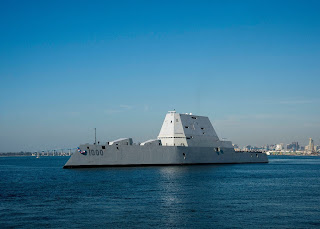 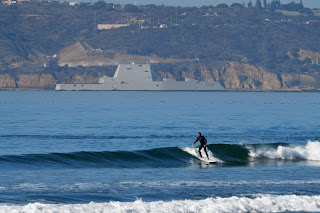 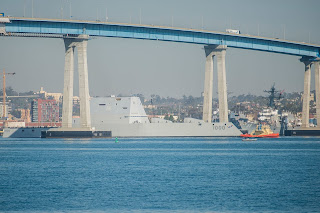 Posted by Maritime Maunder at 10:57 AM No comments: