30 SEPTEMBER 2014: This date, 60 years ago (wow! That long? Holy Cow!) First Lady Mamie Eisenhower christened the world's first nuclear powered submarine, USS NAUTILUS SS(N) 571. The U.S. Navy launched the ship at Groton, CT and she ran for the first time under nucler power on the morning of 17th January, 1955. 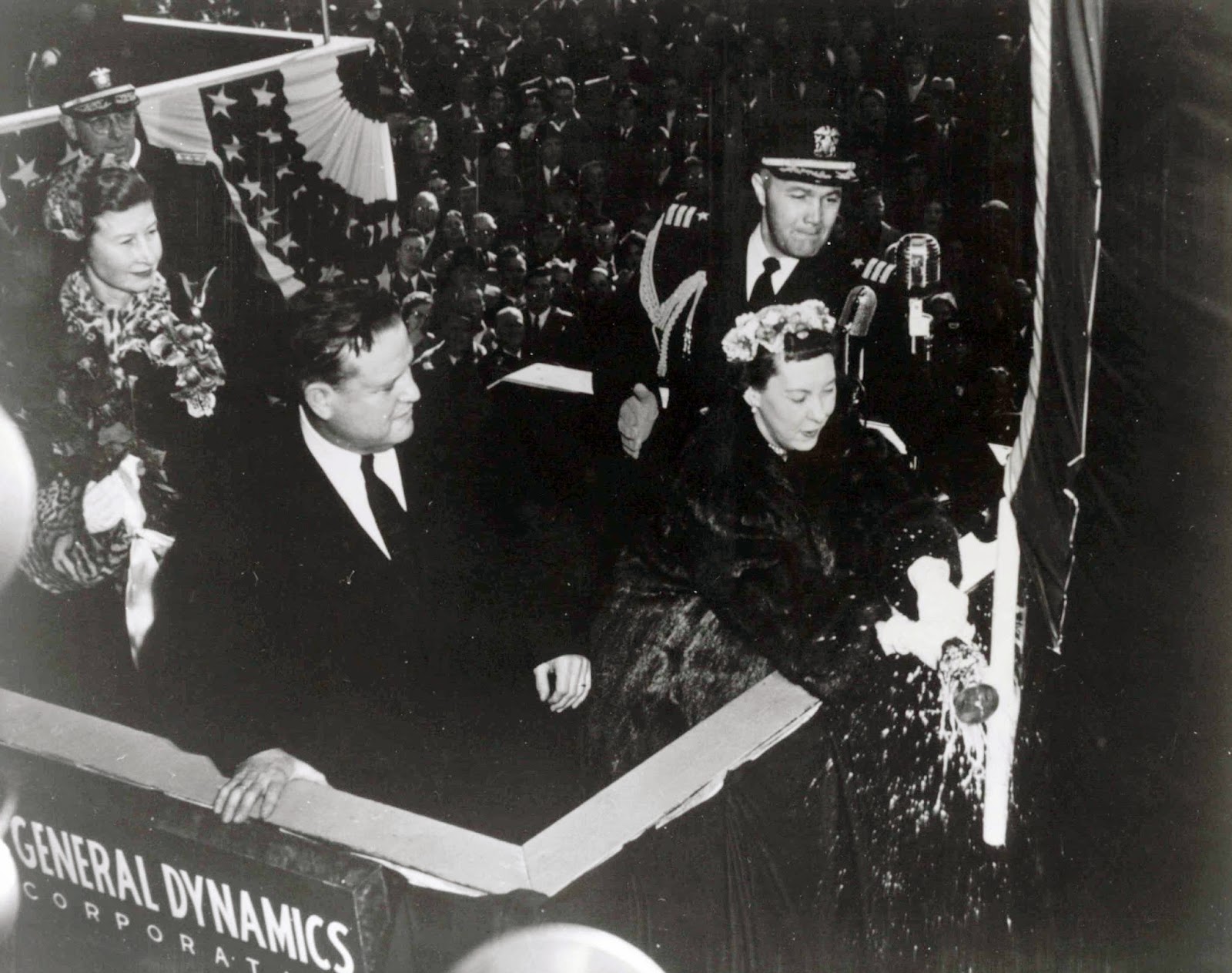 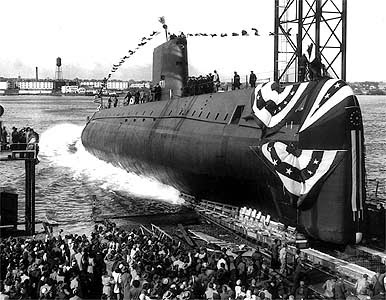 The ship was built under the auspices of Admiral Hyman Rickover, likely one of the most controversial officers in the navy, before or since! His detractors, of which there was no shortage, referred to him as a fanatic, but the Russian-born engineer, who joined the U.S. nuclear program in 1946, pressed on with a focus of single minded purpose. He developed the concept of a nuclear powered submarine when he joined the nuclear propulsion program in 1947 and by 1952, had laid the keel for the ship. Actually, President Harry Truman presided at the keel laying.

Nautilus was significantly larger than her predecessors, measuring 319 feet and displacing 3,180 tons. With her nuclear powered engine, she could stay submerged almost indefinitely. Her uranium powered reactor produced steam to run her turbines which gave the ship an underwater speed in excess of 20kts. Prior to this time, the best most subs could manage submerged was 5 or 6 kts on electric motors. During the first few years of her service, Nautilus broke all manner of records including speed and submerged endurance. In 1958 the ship sailed under  the geographic North Pole.

Following a 25 year career during which she put over 500,000 miles on the odometer, Nautilus was decommissioned - 3 March 1980. In '82, she was declared a National Historic Landmark and went on exhibit in 1986. She is still a big attraction in Groton, CT at the Submarine Force Museum there.
"A war of ideas can no more be won without books than a naval war can be won without ships." Franklin D. Roosevelt

Posted by Maritime Maunder at 12:05 PM