2 November 2014: Back in the day (what does that really mean, anyway?) it was not uncommon to see this drawing turn up on all manner of things! 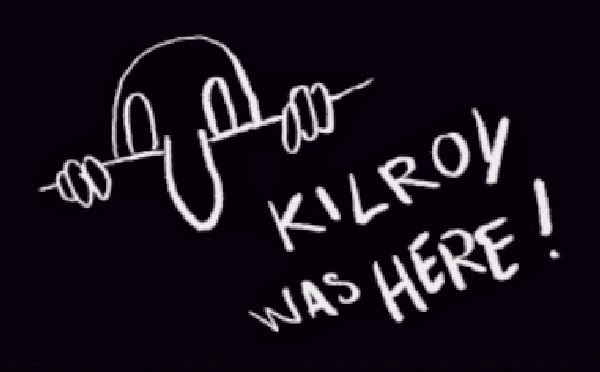 Sometimes it appeared with the words and sometimes, it was just the image, often drawn hastily in places where it didn't belong. Now, of course, it has been replaced with often ugly and foul pictures, but let's talk about where Kilroy originated because lots of people don't know! And a nod to my friend Bob Munro who brought this to my attention! Thanks, Bob!

The image and the words originated with the "greatest generation" - the men who fought in World War II. It had a brief, but incredibly widespread life, kind of passing into oblivion in the 1950's. So who was Kilroy, anyway?

During World War II, America was building ships and airplanes at a breakneck pace. To encourage fast production, workers were often paid on a piecework rate. Riveters in shipyards, particularly in the Fore River Shipyard in Quincy MA, were not above "enhancing" their pay. How? They were paid by the rivet; each day, a checker would go through that days work space and count the rivets, thus determining how much a given worker was paid. A second "checker" would follow up to verify the count. When the first checker went through, he put a check mark, using a wax marker, by each block of rivets he counted to preclude their being counted a second time, but often times, the riveters would go through the space and erase the mark, thus ensuring the rivets would be counted a second time, effectively doubling their pay! James Kilroy was a 46 year-old rivet counter in the Fore River Shipyard.

The foreman became upset by the obvious subterfuge and asked Kilroy how he could prevent it. The spaces the riveters and checkers crawled through were too tight to drag a paint can and brush through,so Kilroy continued to use his wax pencil, but he added, in large capital letters, "KILROY WAS HERE" by each mark. After a while, in a fit of whimsy, he added the familiar chap with the nose peering over the wall to his marks. The writing and picture was too much to erase, so the riveters left it. Normally, those marks would have been painted over, but with the frantic pace of construction and delivery of the ships to the war effort, the marks remained unpainted and clearly visible to all the servicemen boarding the troopships heading for Europe and later, the Pacific. It quickly became a symbol of America to these men and they spread it all over the various theaters of the War.

Kilroy turned up everywhere on the road to Berlin as well as the island dotted road to Tokyo. Servicemen began putting the graffiti on all manner of things and then claim it was there when they arrived! Placing the name and cartoon became the challenge of the first-arriving soldiers and Marines, a mark to those who followed they had been there!
As the War went on, Kilroy appeared more and more frequently and in more and more unlikely places. Underwater Demolition Team sailors, slipping ashore on Japanese held islands to map them for the invasion forces, would often leave their "mark" behind, a greeting to the US soldiers and Marines who would follow - and as a greeting to the Japenese who had thought they were secure! 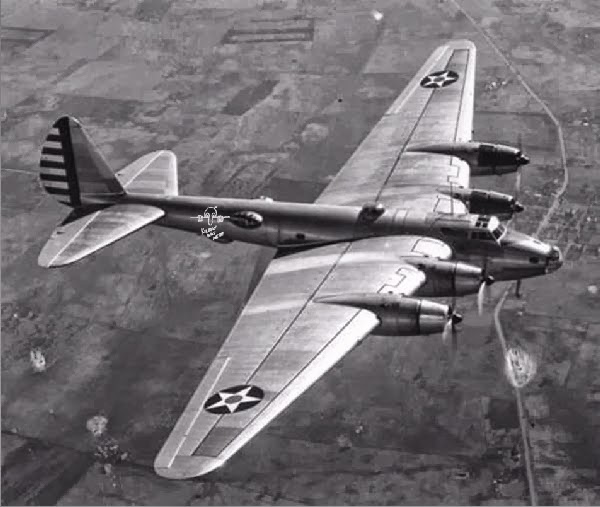 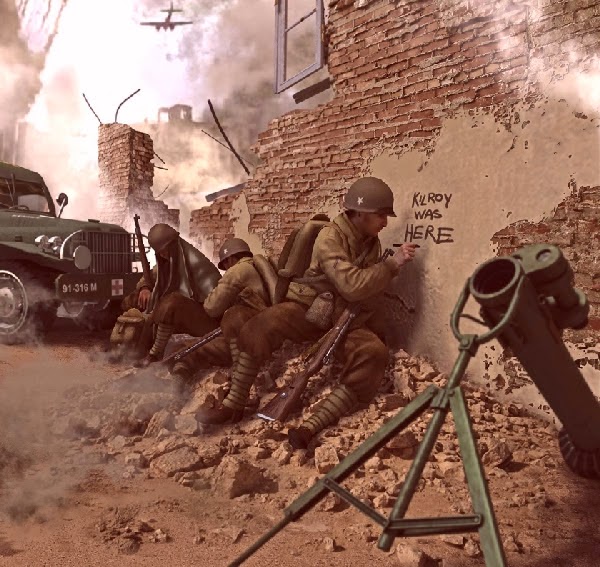 It has, apparently, also shown up in more modern times, onthe wall surrounding Osama Bin Laden's compound! Of course, it is doubtful that Seal Team Six took the time to scrawl the words and the image on the wall, but somebody did, it would seem!
Ok, so now you know where it came from! A little "blast from the past!"
"No matter where you go, there you are!" unknown
Fair Winds,
old Salt


Posted by Maritime Maunder at 9:43 AM