17 November 2014: A few weeks ago, 8 October, to be specific, we posted a piece about the reproduction French frigate l'Hermione beginning her sea trials. You might recall (if not you can go back to the original post and check it out!) that the original ship was the one that brought the Marquis de Lafayette to America. His mission was to tell George Washington that France would help the Americans in their quest from freedom from England. The reproduction project has been underway for twenty years and I can only imagine the thrill the backers and workers must feel now that their efforts can come to fruition. Well, the good news is that they are complete now and she passed, apparently with flying colors! 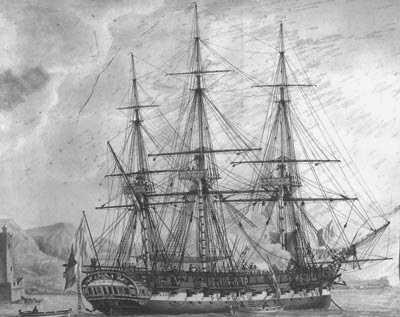 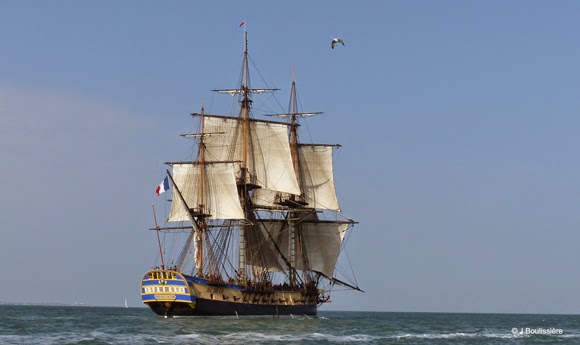 The current plan is that in April 2015, l'Hermione will sail from France and visit 12 ports in the United States and Canada, both on her own and in conjunction with Tall Ships America (formerly, American Sail Training Association). Of course, it is only fitting that her first port of call, 5-7 June, should be Yorktown VA, the scene of the British surrender in 1781 that functionally ended the American Revolution. She will visit Mt. Vernon and Alexandria immediately following and then move on to Annapolis MD, Baltimore and Philadelphia.
She will be in New York over the Independence Day holiday (7/2-4) and then head to Greenport NY, Newport RI, and Boston. Castine ME and Lunenburg, Nova Scotia will round out the visit. We will post more on this brilliant accomplishment as the time draws near! Stay tuned. For those of you who want more info, here's the website for l'Hermione: http://www.hermione2015.com/about-1-1/

NEW SUBJECT: In a post on 2 October, we told about the wonderful discovery of the wreck of what appeared to be HMS Erebus, one the ships, in fact the flagship, of the ill-fated Franklin Expedition to the Arctic find a northwest passage. Two ships, Terror and Erebus carried the expedition led by John Franklin and both disappeared, leaving nothing but rumors from the native population behind. Six previous attempts to find the ships were unsuccessful but, in September of this year, Parks Canada, using side scan sonar and later a remotely operated vehicle, found one of them, determined with some degree of certainty to be Erebus. 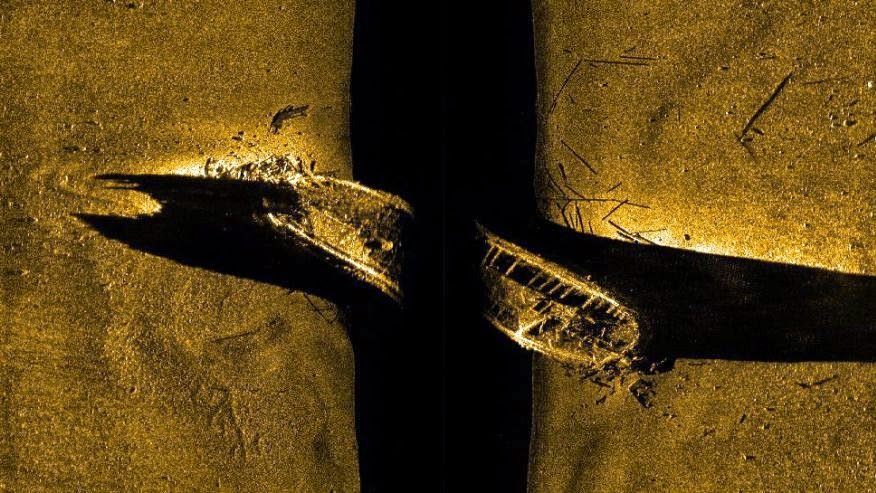 But in the shipwreck business, nothing is certain without proof positive, and it is generally the ship's bell which provides the provenance and identity of a given wreck. Well, they hit the jackpot with this wreck; the bell has been recovered, identified, and has begun the conservation and stabilization process. 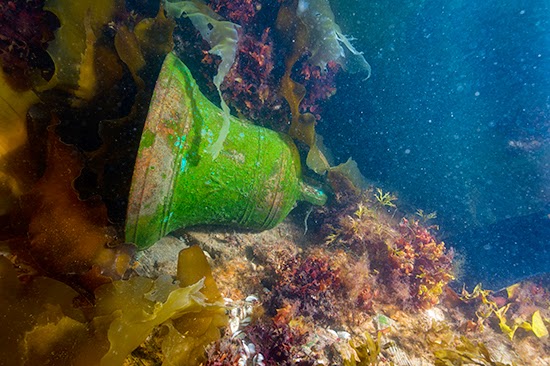 Even his this picture of the bell in situ, one can clearly see the "broad arrow" mark, signifying that an item is the property of the Royal Navy (they marked everything, from cutlasses to cannon to spars, and even trees in the forest designated for harvesting!). They also noted the date cast into the bell, 1845, the year the expedition left England. The Parks Canada divers then went down (can you imagine how cold that water must have been!) and over a period of 7 dives, recovered the bell, took photos and video of everything, and measurements to document the site. 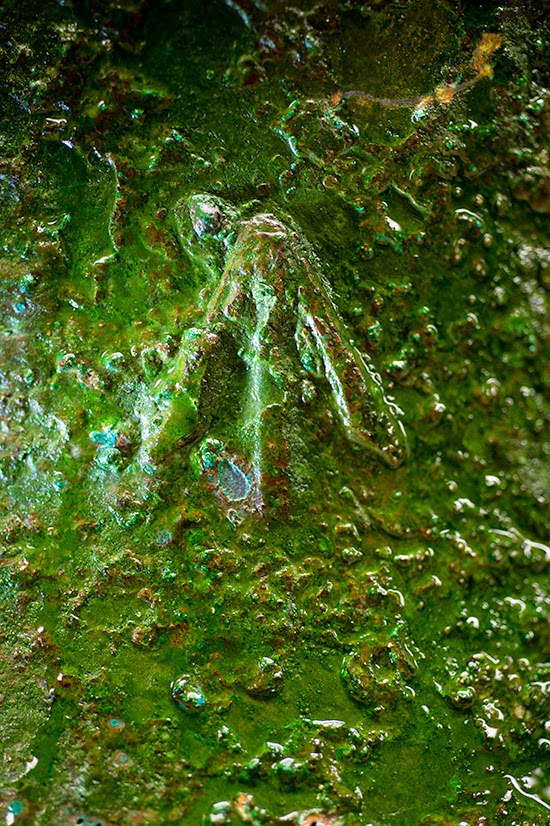 The date, and the broad arrow are clearly visible in these photos.

The bell, now out of the water and undergoing conservation and stabilization in Ottawa, a process that could take as long as 18 months. Once it is free of any salt content, it will be the subject of further study. 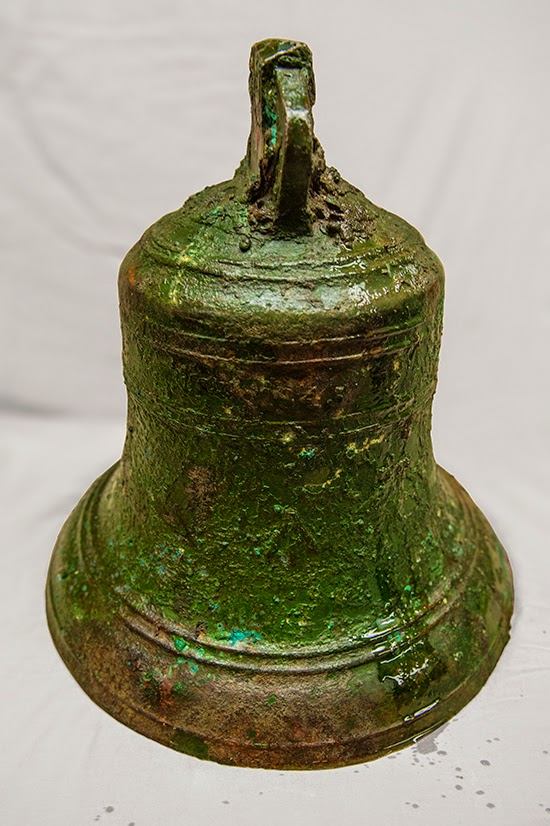 So there you have it, friends. A couple of interesting (in my opinion) follow-ons to previous stories we offered.

"In war, it is not the men who make the difference, but the man." Napoleon Bonaparte

Fair Winds,
Old Salt
Posted by Maritime Maunder at 9:08 AM