8 August 2021: Last week we suggested this week's post would be more on Penn's Landing and some history on USS Olympia, moored there as a museum and part of the Independence Seaport Museum. However, we decided to postpone that subject in light of the recent anniversary of the birth of the United States Coast Guard, a maritime service near and dear to those of us who "go down to the sea in ships." So, from the Coast Guard itself, the following:

The formal history of the Coast Guard dates to August 4, 1790, when the first Congress ordered the building of 10 vessels to enforce federal tariff and trade regulations and combat smuggling. The Coast Guard, also known as the Revenue Marine and the Revenue Cutter Service in the nineteenth and early twentieth century, rose in number and responsibility as the country grew. The Coast Guard is one of the federal government’s oldest agencies, and until Congress founded the Navy Department in 1798, it was the country’s only afloat armed force. Throughout their lengthy history, the Coast Guard has defended the country and has proudly served in all of the country’s battles. Even now, our national defense responsibilities are one of our most critical functions. 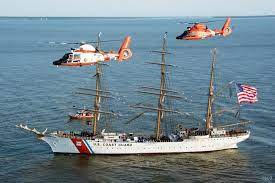 During World War II, the Coast Guard’s participation in amphibious operations was possibly the most critical war-related task the organization undertook. Surprisingly, the Coast Guard operated about 350 naval ships, including 76 LSTs, 21 cargo and attack-freight ships, 75 frigates, and 31 types of transport. In addition, the Coast Guard had almost 800 cutters, nearly 300 Army ships, and thousands of amphibious assault vessels on standby.

A group of small landing craft sped toward the beaches of Guadalcanal on September 27, 1942. About 500 troops from Col Lewis B. “Chesty” Puller’s 1st Battalion, 7th Marines were huddled on the beach, fighting for their life. 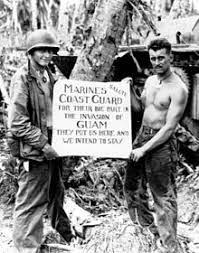 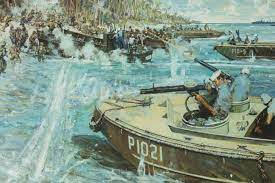 The Marines had landed on the beach earlier that day by the same group of landing craft, and now they were being retrieved. Coast Guard Signalman 1st Class Douglas Munro guided his LCVP between the departing Marines and the Japanese as the LCVPs (Landing Craft, Vehicle, Personnel) and LCMs (Landing Craft, Mechanized) approached the shore. Munro permitted the landing craft to safely evacuate all the Marines, including the injured, by placing his craft between the men on the beach and the enemy.

Munro guided his vessel away from the beach as the last men boarded. When the skies were nearly clear, Japanese gunfire struck Munro, killing him instantly. Munro received the Medal of Honor after his death. Given the Coast Guard’s rescuing legacy and the pivotal role the service played during WWII, it’s fitting that the service’s lone Medal of Honor recipient was involved in not only a rescue but also an amphibious operation.

The Bureau of Marine Inspection and Navigation of the Commerce Department was permanently transferred to the Coast Guard in 1946, bringing merchant marine licensing and merchant vessel safety under their jurisdiction.


The Coast Guard also played a significant role in Vietnam, doing everything from installing aids to navigation to supporting the war on the rivers and in the sky. The installed and manned Long-Range Aids to Navigation (LORAN) stations, allowing mariners and aviators to fix their positions correctly. The initial goal of the LORAN system was to offer electronic aids to mariners and aviators in places where there were no surface aids, relatively unexplored waters, or skies that were regularly clouded.

The Navy’s campaign to minimize coastal infiltration was aided by Coast Guard cutters, forcing communists to rely on the Ho Chi Minh Trail to maintain their insurgency in the south. According to wartime records, Coast Guard cutters boarded a quarter-million junks and sampans and took part in 6,000 naval firing exercises.  The LORAN station in Tan My, Vietnam (U.S. Coast Guard) port missions caused significant damage to the enemy. 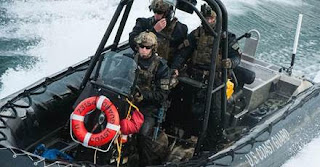 The Coast Guard has been part of the Department of Homeland Security since 2003, serving as the nation’s front-line agency for enforcing maritime laws, preserving the marine environment and the country’s enormous coastline and ports, and saving lives. Following the terrorist attacks of September 11, 2001, the Coast Guard underwent significant modifications as part of the War on Terror. Before the 9/11 attacks, the Coast Guard used boat stations and cutters to safeguard U.S. ports, waterways, and coastlines. After the attacks, the Coast Guard shifted resources to serve additional maritime security functions required in the post-9/11 environment.

Military force protection, U.N. General Assemblies, national political conventions, international economic summits, disaster relief efforts, and major sporting events such as the Super Bowl have been MSST duties. They play a significant role in the war on drugs and keeping our streets safe. In F.Y. 2019, the Coast Guard removed 207.9 metric tons of cocaine and more than 63,000 pounds of marijuana from getting into the U.S. and Canada. 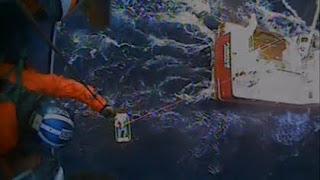 Lastly and possibly most importantly, they responded to 19,790 Search and Rescue cases, saved 3,560 lives, and more than $77 million in property. Some of the 3,560 are fishermen in Alaska, and the Coastie’s put their lives on the line every day to keep them safe.

So, a big thank you and happy birthday to our Coast Guard friends from Maritime Maunder. Stay safe and keep up the good work!

Posted by Maritime Maunder at 9:49 AM