2 August 2016: Well, here we are in August! Where did July get to?? For that matter, what happened to June!? The Summer is ripping past us. I hope you all are getting out (if this is your summer season!) and enjoying it. All too soon, it will that time again - leaves changing color - and falling - and then cold weather and all that it entails..... Hate to even think about that! So, let's talk about San Francisco California.

During the gold rush days (1850's) people descended on San Francisco to trudge north to the newly discovered gold fields and try their luck...and when I say "people" - I mean over 62,000 of them in the course of a year! They got there by ship, of course, as that was pretty much the only way. And some would go home that way - some rich and some totally broke. And some would not go home at all ... for a variety of reasons. When the ships, clipper ships as well as the slower ones, docked in San Francisco, not only did the passengers disembark in their zeal to get to the gold fields, but so did the crew, leaving the ships to rot at the dock. As San Francisco grew, more ground space was needed to build on and so the waterfront got filled in, often using the rotting hulls as base for the fill and sometimes as foundations for new buildings. 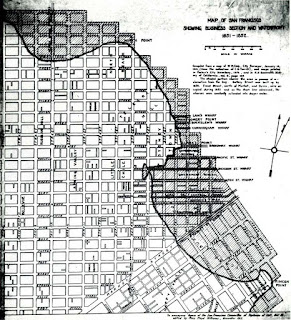 This is a map showing the original shoreline (heavy black line) and the current shore line.


Below is another look, showing where a lot of the ships wound up, buried under the newly expanded city. 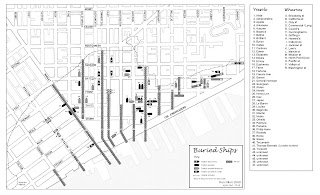 So today, when a construction project begins, the workers frequently find the remains of a 19th century ship in the hole or under a demolished building. 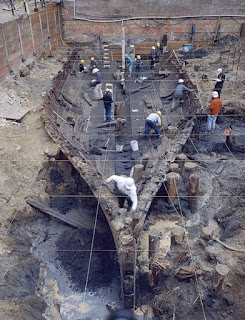 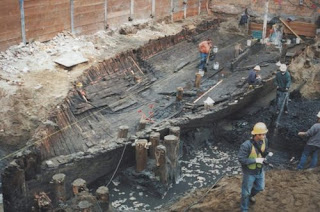 And they leave them in place! So, what you wind up with is a perfectly normal cityscape with absolutely no inkling of what lies below! 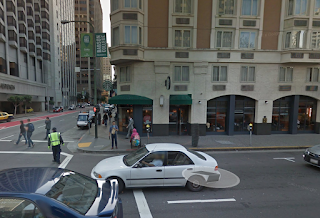 Until next time,
Fair Winds,
Old Salt
Posted by Maritime Maunder at 12:14 PM