6 March 2016: Today happens to the anniversary of when a Committee of the New York Provincial Congress instructed Major William Malcolm to dismantle the Sandy Hook Lighthouse. The tower stood in the then disputed territory of Sandy Hook and the good folks in New York were afraid the light would guide British ships around the treacherous waters of the "Hook" and into New York Harbor. Now, a glance at the light house would suggest that "dismantling" it might be challenging at best, impossible at worst.

Realizing the impossibility of the assignment they gave the major, the committee subsequently told him to "use your best discretion to render the lighthouse entirely useless." Which he did by removing the lens and oil lamps from the tower. Of course, it only delayed the British for a short while; they soon put new lamps and reflectors in place. And then invaded New York, which they still held at the conclusion of the Revolution in 1781! They did not pack up and leave until the Treaty was signed in 1783! The Patriots tried again to put out the light but using cannon mounted on small boats in Sandy Hook Bay and shooting at it. While they did manage some damage, they were chased away and the mission failed. 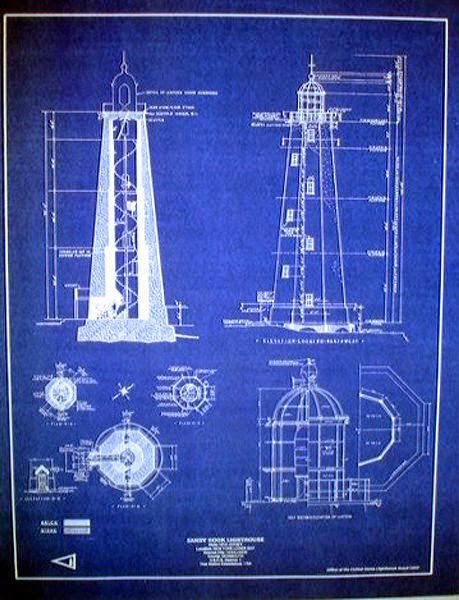 The light house was first turned on the night of 11 June 1764 after the Provincial Congress of New York had raised the funding for it by conducting two lotteries. This after 43 New York merchants requested it, having lost over 20,000 pounds sterling in shipwrecks at the Hook. Of course, then, the land was part of the colony of New York, not New Jersey. The two states bickered over who owned the land and the light house for many years, until, in 1787, the Federal Government assumed control of ALL lighthouses. IN 1996, Sandy Hook Light fell into the jurisdiction of the National Park Service, now part of Gateway National Recreation Area
.

And this one I know is not a hoax!
Until next time,
Fair Winds,
Old Salt

Posted by Maritime Maunder at 10:22 AM