30 March 2022: Well, we got delayed again with our post for this week, but this one is quite amazing (in our opinion), given the subject matter. Several years ago and again in the intervening years we posted about the SS Central America, also known as the "ship of gold" based on the cargo she carried. Prospectors and their riches returning from the gold fields of California met their demise off Cape Hatteras during a hurricane in 1857. The wreck - about a mile down - was found and part of the cargo salvaged by treasure hunter Tommy Thompson who invented the undersea salvage vehicle which could lift items as heavy as a ton or as fragile as a tea cup. He became a fugitive when he did not pay off his investors, was caught, and has been held in jail for several years on a contempt of court charge for his refusal to give up the location of either the wreck or the gold he lifted from the bottom. The following is from the BBC.

In 1857, the SS Central America, also known as the "ship of gold", sank off the coast of the US state of South Carolina, along with some new-found riches from the California Gold Rush.

It was a hurricane that sealed the fate for 425 people returning to the US east coast.

They went down with an estimated 21 tonnes of gold coins and nuggets from prospectors who had struck it rich on the west coast, but some passengers were also carrying something of more personal value - photographs.

Salvaged from the ship's wreckage in 2014 were daguerreotypes, the first successful commercial form of photography - a one-off picture held on a metal plate - and ambrotypes, a type of glass plate photography.

The photos are only being published this year.

The shipwreck was first located in 1988, and there were missions to recover its sunken wealth over the subsequent years.

The photos were recovered over a decade ago, but there was a "tortuous legal battle" over the gold found with the vessel on the ocean floor, said Bob Evans, the former chief scientist and historian of the SS Central America Project, which led the search and salvage mission for the wreck.

That caused the delay in the release of the images, which were still intact even after lying on the seabed for more than a century. 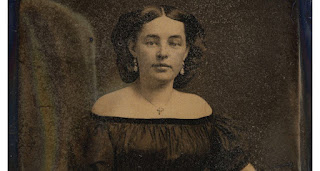 Mr Evans has been researching the SS Central America since 1983, calling it "an interesting piece of lost United States history".

"It's an amazing time capsule moment to see that these were the things that were important [to the passengers] - their money and their photographs," he said. "So when it comes down to, 'OK, what are the last things I want to hang on to here? That was it.'"

In the 1850s, photography became hugely popular, and people who had gone in search of gold in California would send photographs to loved ones back home.

"It was perhaps a brand new fad in some ways, 'wow, I can get an image of myself made for one dollar or two at a local studio, rather than hiring an oil painter, and I can show my loved ones back east that I'm in good circumstances, I'm well-dressed. I'm healthy,'" said Mr Evans. 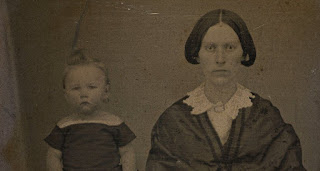 Part of the reason the images are so well preserved is, due to photography methods at the time, they were sealed off from the watery environment in a case. Those were made from a variety of materials, including wood covered in leather. And as with many things, quality matters.

While it's a harsh salty and high-pressure environment at the bottom of the ocean, another factor that preserved the photos was the cool temperature of the Atlantic waters. 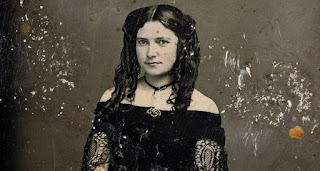 In the mid-19th century, a journey by sea from California to New York, through Central America, could take as little as 24 days, whereas crossing by land would take up to five months.

The innovation of the steamship - like the 280-foot SS Central America - made ocean travel easier but could also lead to complacency when considering weather at sea, said Mr Evans.

"I think this led to the attitude that 'now that we have engines on the ships, we need not worry about winds and waves and things like that, because we have something that we can use to overcome that,'" said Mr Evans.

"And so the tendency was to believe that they could simply go forward through the storm."

For the passengers of the ill-fated vessel, it's believed that a category 2 hurricane sank the ship as it travelled from Panama towards New York City. Some 150 were rescued, but over 400 people, including the captain, went down with the ship.

Mr Evans said that being the history fan that he is, any old document could excite him - but these photographs add another dimension.

"The idea of being able to see human beings peering up at your cameras in a robot submarine that is down over a mile deep at the bottom of the ocean, and it is representing people from the 1850s - it's absolutely mind-blowing," he said.

"I mean, it brings across the humanity involved in this event, in ways that almost nothing else does."

The clarity and quality of the recovered photos - both daguerreotypes and ambrotypes  is astonishing, even without their having resided at the bottom of the sea for over a hundred years! I have seen carefully preserved images from the same period in worse shape.

Posted by Maritime Maunder at 9:14 AM