4 April 2015: It just occurred to me that some of you might have been fooled by my posting on 1 April (April Fool's Day!) as I did receive a few bits of correspondence asking mostly about the bridge - cost, length, etc. I had meant to cry April Fools in the next post but got a bit wrapped up in the stupidity of the inexperienced sailor who took a 36' boat into the Gulf Stream off Cape Hatteras solo that I quite forgot! So, with that in mind, the post from 1 April was a JOKE. Besides, that particular species of sea dragon has not been seen for centuries, clearly a give-away of the spurious nature of the article to any who know their dragons.

So for today, another case of inexperience, stupidity, and expecting others - in this case, again, the Coast Guard - to bail you out. And thanks for some info from gCaptain and Rick Spillman's blog as well as the Associated Press.

Liana's Ransome is/was a steel hulled, shallow draft, 85' schooner-rigged tourist boat designed for day-motoring/pretend sailing in the Caribbean in fine weather. She was built at a yard in Texas in 2005. 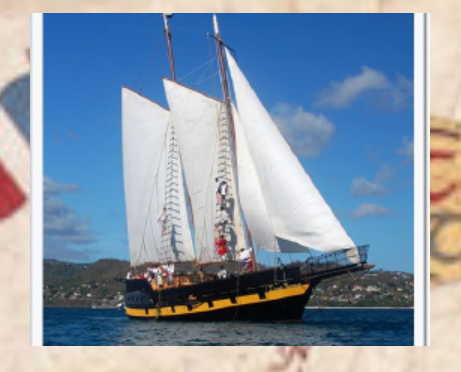 Here's what she looks like when not in extremis and though her sails are up, she is motoring, as she was designed to do. The sails are purely for looks - decoration, if you will.

Initially, the press, when they got wind of the ship in trouble off the coast of Maine, leaped in with both feet firmly mired in conjecture, referring to the vessel as a "tall ship" which she clearly is NOT.

So, wha' hoppen? Well, shipmates, gather 'round. After some work was done in Nova Scotia - interestingly, repairing the damage done in an earlier dismasting - the ship got underway to go back to the Caribbean (one would assume) under engine power. No one has offered to 'splain how she got to Canada in the first place. She was not certified to sail anywhere under only sail power. So, 12 hours out, her port engine quits followed shortly by her starboard engine and then, not surprisingly, her generator failed. While the owner/captain, Ryan Tilley, was probably not terribly surprised (money was always in short supply) he figured "Let's try setting sail!" Well, since the ship was not certified or designed to operate under sail exclusively, this idea was a disaster waiting to happen. And it did. The wind was about 30 kts - just right for a Real tall ship, but of course, Liana's Ransome was not that, was she. So when sails - made on the cheap as purely decoration - were up, they all ripped and fouled the masts. Now, they were without engine and without sails. Call the Coast Guard.
So much for the "swashbuckling adventure" advertising on their webpage! I wonder if they fired their fake one quarter-size scale models of 24-pounder cannon? Further, it was reported that that was about all their crew was qualified to do. That and serve drinks to their pirate-wannabe tourists. But in fairness, their website lists the crew as being a "colorful pirate crew in period costumes complete with cutlass and flintlock pistols..." Hmmm. 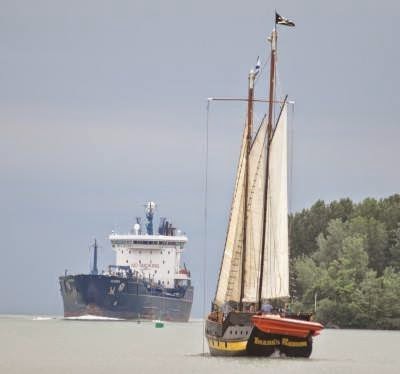 So after the Coasties rescued the crew (who, once ashore, thought it a wonderful adventure and a lark, based on the video posted of them relating the story of their rescue!) a fishing boat took the now crewless (no, I didn't say "clueless") vessel under tow and dragged her into Kittery Point Yacht Yard in Eliot ME. Where, one might presume, she will again be repaired and perhaps will attempt the journey south one more time - on the theory that the 3rd try will be the charm!


And, so, friends, on that happy note, we will end this abbreviated series of maritime stupidity with another rousing huzzah for the overworked, under funded, United States Coast Guard! (and probably under appreciated as well!)

Until the next time,
Fair Winds,
Old Salt

Posted by Maritime Maunder at 12:21 PM