3 March 2015: Hi friends! Here I am again. Have you even gone to sea - I mean, really gone out - way out, like hundreds of miles from land? I have. One of the more unsettling mind games that can beset people who go off shore is what happens if you fall overboard.... I mean, you surface from your fall (or being pushed - geeze! - and see the stern of your vessel steaming/sailing/drifting (your choice) away, out of reach and going faster than you can swim to catch up. I think we can all agree that this is a really scary proposition! Mercifully, it has not happened to me. That said, I did experience from the "on board side" the tragedy of a man overboard when I was in the Pacific in the Navy.... All I could think of was what it must have felt like for the poor bastard who went in the drink. We did not recover him and we were in a place where the nearest land was about 8 miles away ... straight down!

Some of you may be aware that in the winter months I live in the Caribbean. On an island. We get cruise ships visiting on a daily basis and these behemoths carry from 1,500 to 3,500 people, all out to have a good time, visit wonderful places (like my island!) and eat, drink, and make merry! 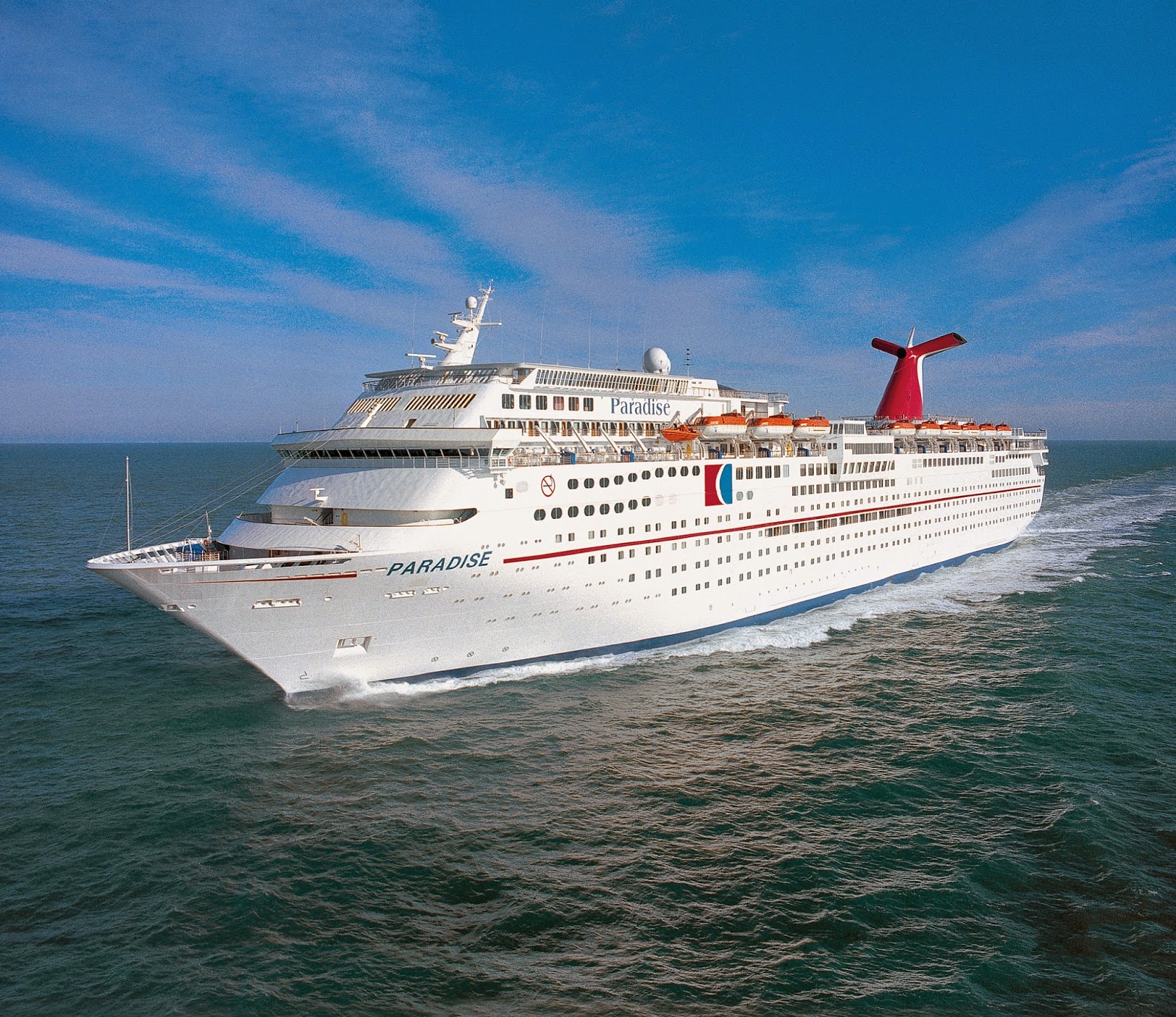 Carnival Cruise Lines - their distinctive "winged" funnel makes them easily identifiable from a long way away! 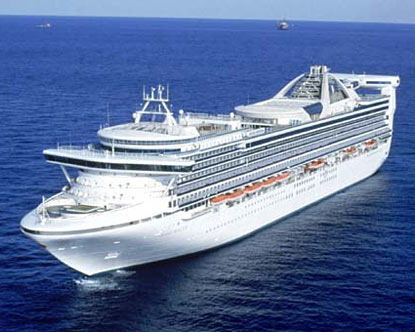 Mostly, these ships do their steaming at night so they can be in port during the day for their passengers to be able to get ashore and spend money in the local economies. And that's (at night) when the tragedies occur. Maybe a bit more to drink than necessary, a fight with a companion, a dare, a desire to end it all, or just plain bad luck, but someone goes overboard, and often leaving the ship a long distance from the ocean's surface. If they're still alive when they hit the water (I have heard than hitting the water from a really high place can be akin to hitting concrete!) they will surface in time to watch their ride steaming away ... One can only imagine the feelings that would generate! And were one drunk initially, I might suspect that the realization of one's situation might tend to instill some level of sobriety ... maybe not!

So here it is March and already, I have read reports of at least three people who have gone overboard from cruise ships! In one case, a man went in the drink from Oasis of the Seas, one of the largest cruise ships in the world. They were off the coast of Mexico (but well away from the coast) and no one noticed he was gone.

Miraculously, Oasis was being followed by a Disney ship Magic and someone, the next morning, saw the man in the water and they picked him up!! It doesn't usually end that way, though.


Now, you should know there is technology that will alert the bridge if someone goes in the drink; it's called Man Overboard Detection Devices and their installation on ships was signed into law by Obama in 2010. So why didn't the alert sound? The law applies only to ships built after 2010. For any built before that, the installation is voluntary and to date, only Disney ships have it. For the record, there have been 243 cases of people falling overboard from cruise ships since 1995, the most from Carnival Cruise lines (to be fair, Carnival owns more brand names than any other line, so it seems logical that their numbers would be higher). But they also have only very limited use of Man Overboard Technology in their ships.
So, friends, if you're headed out on a cruise to escape the cold, stay alert and if you drink (to excess) stay away from the rails!
Until next time, I wish you all
Fair Winds.
Old Salt﻿
Posted by Maritime Maunder at 7:38 AM