2 July 2022: Here it is, Independence Day weekend in the United States! How the time does fly! Seems like March was just last week! In any case, here we are and, as promised, here is the final offering on the history-making United States Navy ships. We'll pick up after the Spanish American War and the sinking of the USS Maine (where we left off last week) and move through recent times. Again, remember the prefix "USS" didn't come in to common usage until the presidency of Theodore Roosevelt, around 1905-6. From the same source, Mr. Stacker in WUN (on line): 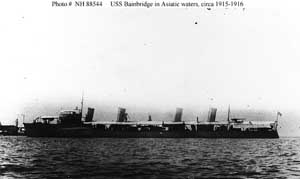 Commissioned in 1902, the USS Bainbridge was the first vessel to be classified as a destroyer by the U.S. Navy. The bodyguards of the fleet, destroyers are quick, nimble, distance-capable ships that escort larger, slower ships and defend them from short-range attacks. They were originally called “torpedo boat destroyers.”

[ed: a far cry from the destroyers of today!]

Only one major warship was lost during World War I, the USS San Diego, and it sank after striking a German mine laid by a U-boat in U.S. waters off of Long Island, New York. In 1914, America was still mostly only a regional naval power, but after a series of escalations with Germany in the run-up to World War I that culminated in the sinking of the Lusitania, President Woodrow Wilson invested heavily into making America’s navy the most dominant in the world and reshuffling the balance of power on the seas. The Naval Act of 1916 ordered the construction of “10 battleships, six battle cruisers, 10 scout cruisers, 50 destroyers, 15 fleet submarines, 85 coast submarines, four gunboats, one hospital ship, two ammunition ships, two fuel oil ships, and one repair ship” in just five years, according to GlobalSecurity.org.

Commissioned in 1908, the USS North Carolina became an early adopter of what would become standard naval technology in the decades and wars to come: catapult aviation. Unlike modern carriers that have flight decks and launch systems, armored cruisers did not have enough deck room for a plane to get up to flying speed on a moving ship, a terribly dangerous endeavor that had never before been attempted. In 1915, naval aviator Henry C. Mustin attempted to use an experimental catapult to launch his plane off the deck of the USS North Carolina and into the sky—and it worked, marking one of the most significant milestones in the history of naval warfare.


Silent, invisible, deadly, and impossible to engage in battle, sea mines had struck terror into the hearts of sailors since at least the Civil War. In 1918, the U.S. commissioned the USS Lapwing, the Navy’s first minesweeper, which is a small, fast, and specialized warship that can detect, remove, or safely detonate sea mines to clear lanes for shipping, transport, and military operations. Representing one of the Navy’s great defensive leaps forward, minesweepers now play a critical role in both military and commercial operations around the world. 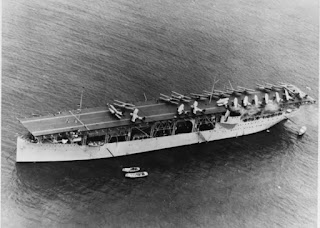 In 1920, the Navy converted the fuel ship USS Jupiter into what would become the USS Langley. The conversion was based on large ships with flat decks designed for fixed-wing aircraft to land on and take off from, which both sides had experimented with during World War I. When the conversion was complete, the Jupiter was the Langley, and the United States Navy had its first aircraft carrier. 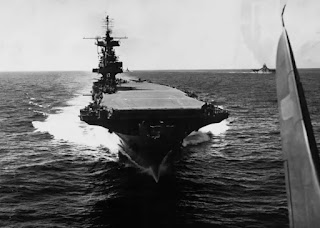 There have been eight ships named Enterprise dating back to 1775 and the Continental Navy with a ninth currently under construction, but none are more famous (barring the fictional starship of “Star Trek”) or more accomplished than the aircraft carrier that launched in 1936. The Navy’s sixth carrier, the USS Enterprise was one of only three that would survive World War II, from which it emerged as the deadliest and most decorated ship of the entire conflict. A first responder at Pearl Harbor, it saw action in the Leyte Gulf, Guadalcanal, Midway, the Doolittle Raid on Tokyo, and the list goes on. 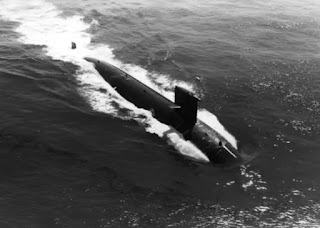 Completed in 1940, the USS Drum was the first of the Gato-class submarines which, along with the similar Balao- and Tench-class subs, were America’s first modern, mass-production submarines. The Drum and the rest of the Gatos earned the lion’s share of the kills in the Pacific during World War II. They represented the bulk of America’s submarine fleet during the war and were the primary drivers of the destruction of the Imperial Japanese Navy and merchant marine.

Like so many of the great American naval warships, the USS Arizona currently serves as an educational museum, but it does so from its watery grave under the Pacific Ocean in Pearl Harbor, Hawaii. The last of the Pennsylvania-class super-dreadnought battleships, the Arizona was a World War I-era vessel that was transferred to Pearl Harbor as part of a move to deter Japanese aggression—it didn’t work. On Dec. 7, 1941—one of the most consequential dates in the history of the Navy and the country—Japanese torpedo bombers destroyed and sank the Arizona, killing 1,177 crewmen and officers.

Commissioned in 1943, the USS St. Lo holds a grim place in the history of American naval warfare. On Oct. 25, 1944, during the battle of Leyte Gulf, the escort carrier became the first major warship to be sunk by one of the most terrifying weapons ever unleashed on World War II sailors. During a fierce engagement with the Shikishima Special Attack Unit, Japan unleashed its first kamikaze suicide squads, whose pilots intentionally crashed their explosives-laden planes into the St. Lo, killing nearly 800 men. 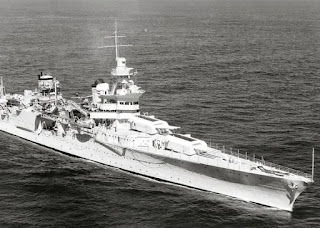 Seventy-five years after it sank to the bottom of the Philippine Sea, the USS Indianapolis still embodies the potential horrors that human beings face when they take to the sea in floating vessels. On its way back from delivering the uranium core of the Hiroshima bomb to an island base, it was attacked by Japanese torpedoes. The Indianapolis sank in 12 minutes, taking 300 men down with it and casting nearly 900 more into the sea, many of them badly injured. The mission was so secret that the Navy didn’t even know the ship had sank for four days, when 316 survivors were rescued—the rest were lost to the torments of exposure, dehydration, saltwater poisoning, psychological breakdown, and most infamously, being eaten alive by the sharks that terrorized and slaughtered them throughout their ordeal. It remains the worst sea disaster in the history of the U.S. Navy.[ed: mentioned in film "Jaws" by shark fisherman Quint who was a survivor of the tragedy]


In the early morning of Sunday, Sept. 2, 1945, the Japanese surrendered to the United States and its allies, finally bringing an end to World War II, the deadliest conflict in the history of human civilization. The moment took place on the deck of the USS Missouri, the last battleship ever commissioned by the United States and one of the longest-serving ships in Navy history. It remained active for nearly half a century, providing fire support during Operation Desert Storm before being decommissioned in 1992.

Just six years after the U.S. unleashed the first atomic bomb on Hiroshima—thanks in part to a crucial delivery by the USS Indianapolis—Congress authorized the construction of the world’s first nuclear-powered submarine. Christened by first lady Mamie Eisenhower in 1954, the USS Nautilus 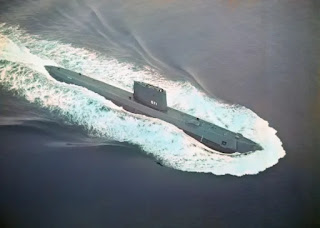 was enormous compared to the submarines that came before, it could remain submerged almost indefinitely, it was silent, incredibly fast, and had the most modern weapons systems of any attack submarine in the ocean.

[ed: there are at least a dozen more significant ships to list but they really bring little to the table in historical significance. We'll skip ahead to what may be the most radical and newest vessel in the fleet.] 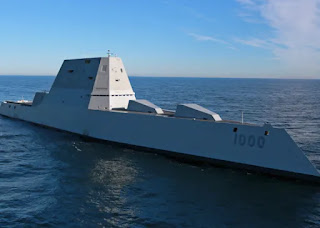 Commissioned in 2016, the USS Zumwalt is the flagship of the Zumwalt class of guided missile destroyers that are known for their futuristic look and sharply angled profiles—but that’s not just for aesthetics. Its unique shape is at the heart of its stealth capabilities—despite their enormous size, Zumwalts have the profile of a fishing boat on radar. A remarkably steady ship, both its hull and bow are designed to pierce water and slice through waves.

And there you have it, friends: one man's listing of the most significant vessels to wear the American flag - and this writer mostly agrees. We have some interesting posts queued up for future editions, but in the meantime, for those of you who follow us in the United States, Happy Independence Day! Show the flag and be proud of your heritage!

Posted by Maritime Maunder at 10:50 AM