24 March 2020: Well! How times can change in the space of 1 week! The whole world is on lock-down, everyone is "self-isolating" and shops, restaurants, and entertainment venues are closed up tighter than a spinster's purse! Fortunately, the gun shops and liquor stores remain open and well-stocked. (at least here in the USA,) but don't try to find toilet paper; that seems to be in very short supply even though the Covid-19 bug does not seem to require an abundance of that product. Who knows what drives people!? Here endith this week's rant! Let us move on to the subject at hand.

While the following is not completely maritime, it does speak to a maritime issue and one that we had posted on a couple of months ago.
~~~~~~~~~~~~~~~

Ruling unanimously in favor of states' rights on Monday, the U.S. Supreme Court said that a videographer who spent two decades documenting the salvaging of Blackbeard's ship cannot sue the state of North Carolina in federal court for using his videos without his permission. 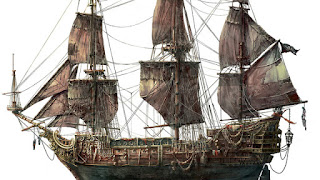 Although the decision had more to do with mundane copyright law than the law of the high seas, it was a victory for states claiming immunity from copyright infringement lawsuits.

The case before the court began with the 1996 discovery of the sunken remains of a French slave ship captured by the infamous pirate Blackbeard in 1717, and renamed by him The Queen Anne's Revenge. The vessel became the pirate's flagship. With 40 cannons and 300 men, it sailed around the Caribbean and up the U.S. coast. But in 1718, just a year later, it ran aground just a mile off Beaufort, N.C., and sank.

There she lay undisturbed for some 300 years until 1996 when the shipwreck was discovered by a marine salvage company named Intersal, Inc. There was no dispute that under federal and state law, the remains belonged to the state. So North Carolina commissioned the salvage company to take charge of the recovery operation, and the company, in turn, hired Frederick Allen, a local videographer, to document the operation. Which he did, "at considerable risk," for the next two decades — all the while copyrighting his work so that it could not be used without his permission. 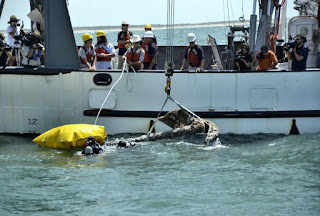 The state of North Carolina, however, began posting some of Allen's photos online, without permission or paying royalties. In 2013 the state paid Allen $15,000 for one such infringement, but its violations persisted. Ultimately Allen sued in federal court for copyright infringement.

The state claimed it was immune to such suits because over the last quarter century the Supreme Court has ruled that in general individuals cannot sue sovereign states without their permission in federal court. Allen countered that the copyright provisions of the Constitution trump that general rule when combined with other rights-enforcement provisions in the Constitution. 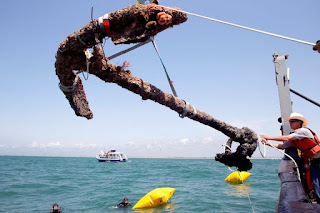 But on Monday (23 March), the Supreme Court ruled unanimously against Allen and for the state's immunity from such federal lawsuits.

Writing for the Court, Justice Elena Kagan pointed to several precedents over the past 26 years in which the justices have barred such lawsuits. True, she said, Congress had explicitly and clearly enacted legislation allowing such federal lawsuits.[emphasis added; ed] But that legislation was enacted before the Supreme Court had begun reading the 11th Amendment to bar such suits. [huh?:ed]

Mainly, though, the court's opinion was couched in terms of deference to precedent--namely in this case, the precedents of the last 26 years. "To reverse a decision, we demand a special justification over and above the belief that the precedent was wrongly decided," Kagan wrote. "And Allen offers us nothing special at all."

Although the decision was unanimous, there were two concurring opinions. Justice Clarence Thomas refused to join those sections dealing with deference to precedent. And Justice Stephen Breyer, joined by Ruth Bader Ginburg, joined "in the judgment." More on that shortly.

Writing for himself and Ginsburg, Breyer noted that he had long disagreed with the decisions barring individual lawsuits against state governments. "One might think that Walt Disney Pictures could sue a state (or anyone else) for hosting an unlicensed screening of the studio's blockbuster film, Pirates of the Caribbean (or any of its many sequels.) Yet the court holds otherwise," he wrote.

Breyer had a little fun at Kagan's expense, declaring that in his view, under the Constitution Congress may, as it did in this case, require states that "have pirated intellectual property...to pay for what they have plundered. " 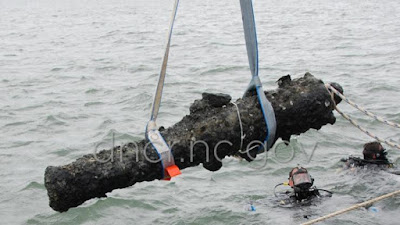 Referring to Kagan's suggestion that a "more tailored" congressional effort to legislate in this area might pass constitutional muster, Breyer observed that is "anyone's guess."

Nonetheless, he said, "recognizing that my longstanding view has not carried the day, and that the court's prior decision" in a similar case "controls this case, I concur in the judgment."
~~~~~~~~~~~~~~~~~~~~~

So, it would appear that the copyright protection offered by the U.S. Constitution is null and void, if a state needs it to be. So, what about an individual? How about a town or county? Seems like someone erred in this case. But there are no lawyers on our staff here at Maritime Maunder so we shall defer to the highest court in the land!

Until next time, (unless we succumb to the Covid bug)

Posted by Maritime Maunder at 2:33 PM