23 April 2019: When the cup challenge, immediately following the successful campaign by New Zealand in Bermuda a couple of years ago, started, it seemed like 2021 would be a banner year for the world's oldest sports competition. And on top of that, a new design was being inaugurated for the racers: a monohull foiling vessel of some 70 feet. 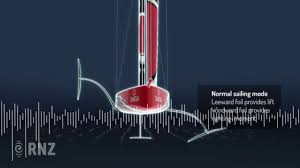 
Newshub understands half the boats challenging for the America's Cup will not make it to the start line in Auckland in 2021.
All three teams that filed late entries have failed to get enough money together to stage a challenge.
It leaves Emirates Team New Zealand facing the prospect of losing millions of dollars, with its dreams of up to eight super-sized mono-hulls flying over the Waitematā now dead in the water.
Multiple sources have told Newshub three of the declared challengers won't make it to Auckland.
"It is not surprising that some of the challenges aren't going to make it to the start line," said veteran America's Cup skipper Chris Dickson.
"It's an expensive game, the America's Cup."
Newshub has been told that Malta's entry is "dead in the water" and "has gone dark".
DutchSail is resorting to crowdfunding and says "the pressure is on" and "the moment of truth is at hand."
Newshub understands that California's Stars & Stripes is currently drafting a media release announcing its withdrawal.
That leaves:
Just last month, the latter showed off how advanced it was, by foiling in New York. 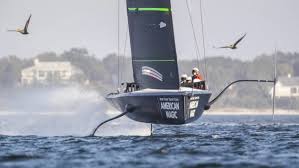 But the loss of three teams also leaves Emirates Team New Zealand out of pocket.
Newshub has been told it will miss out on selling a design and technology package worth $5 million per team.
"Team New Zealand has two jobs at hand - one is running the event and the other running their team," said Dickson. "The two are quite different operations and financially quite different.
"But Team New Zealand, like the other teams, to be competitive and to win this thing again, they need to be generating $20-30 million a year to win - and I'm sure they're working hard on that. "
The team would also be perilously close to breaching its agreement with the Government and Auckland Council.
Under its obligation, it must deliver at least three challengers. In return, the Government has pledged $136.5 million, while Auckland Council will gift $113 million for infrastructure.
The event is expected to pump between $600m-$1b into the economy.
Work has already begun demolishing part of the waterfront to make way for the challenger bases.
"More teams are always easier," Dickson said. "It's better for the media, it's better for publicity, it's better for everything - Team NZ will be disappointed.
"But four teams make an event and as long as those four teams are there, it's going be just fine."
Emirates Team New Zealand said no team had officially withdrawn yet - but it didn't expect all three to be there in 2021.
~~~~~~~~~~~~~~~

Time will tell, but it appears to us that the 2021 America's Cup races will be less well attended than past events, a real pity in our opinion. But the huge costs that seem to be rising with each challenge are daunting to say the least and, though hard to believe, the audience appears to be shrinking.

More as it becomes available.

Fair Winds,
Old Salt
Posted by Maritime Maunder at 6:54 AM