ANNIVERSARY OF THE WRECK OF THE TEN SAIL

7 February 2019: It was in 1794 - tomorrow in fact. A convoy of 58 merchant ships of a variety of rigs, sailing ability, and managerial skill left Port Royal - yes, that den of piratical iniquity of which we were all made aware by Johnny Depp (Cap't Jack Sparrow) - under the escort of a single Royal Navy (British) frigate, HMS Convert. Their destination ultimately was the United Kingdom, but a few, bound for ports in the United States, had planned on leaving the convoy before it started to cross the Atlantic. 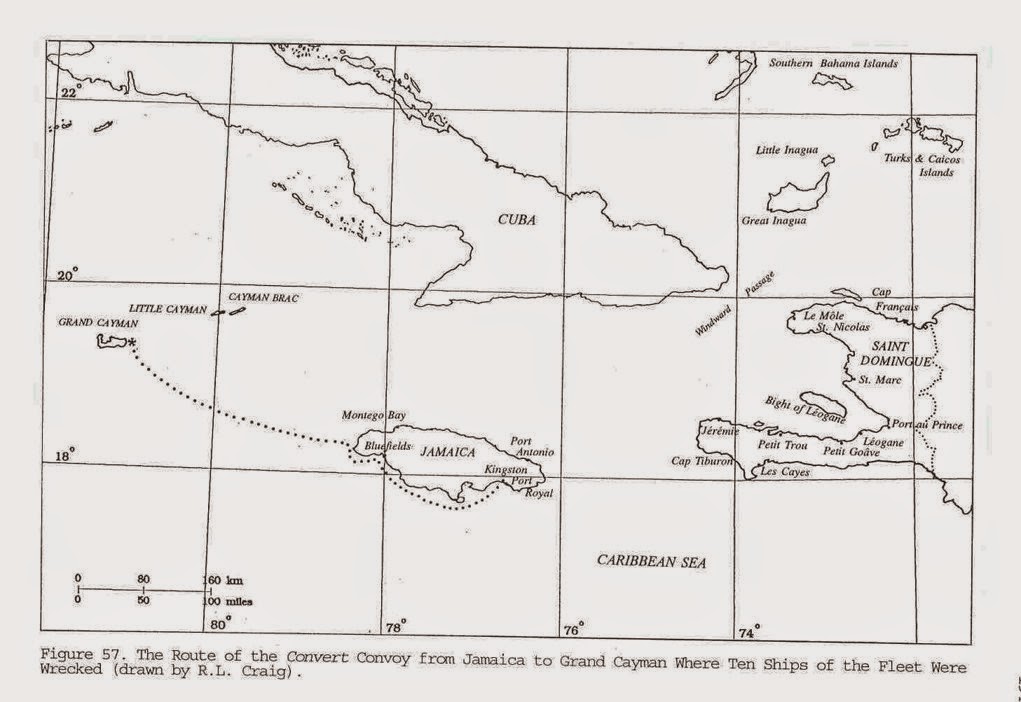 To collect all the ships, Convert made a couple of stops while still in Jamaican waters - some had come round the island from the north side - but finally, about the 6th of February, 1794, they were underway, having actually left Port Royal on 28th January.
The weather was not great, the convoy was spread out over literally miles of ocean, and delays were rife. Captain Lawford of Convert was frustrated with his charges but, nonetheless, shepherded them onwards, giving them strict instructions that no one was get ahead of Convert. To their ultimate undoing, several ranged ahead during the night of 7-8 February and with the help of an underestimated current running to the north, hit the reef off the East End of Grand Cayman Island. A very unforgiving bit of coral.
One after the other, including the escorting frigate, HMS Convert, they fetched up "on the hard" at around 2 AM 8th February. When the sun rose that morning, it lit a truly melancholy sight: 7 ship rigged vessels (3 masts, square sails), 2 brigs (2 masts, mostly square sails) and Convert (ship rigged). None were salvageable. The spot they went on the hard was off one of the only sandy beaches at that end of the island; most of the shoreline is what is called "ironshore" - fosilized coral which is as unforgiving as the reef and really tough on one's feet, shod or otherwise.
Of course, boats, both from the stricken ships and the island, carried the crews and passengers ashore and the ships, in the worsening weather, pounded themselves to matchwood, ultimately sinking. Part of Convert  washed over the reef where the water is only about 15 ft deep (the outside of the reef drops off to 8,000 ft). Islanders were as helpful as they could be to the folks ashore and helped in salvaging what could be salvaged from the wrecks. Amazingly, only a few people - less than ten - were lost.

The lagoon has been dived by archeologists who picked up some artifacts, now displayed in the Cayman Heritage Museum in George Town. Locals 100 years ago grabbed what they could, mostly cannon for display. Sadly, none were properly conserved and hence, are disintegrating little by little.

The cannon shown here is marked as 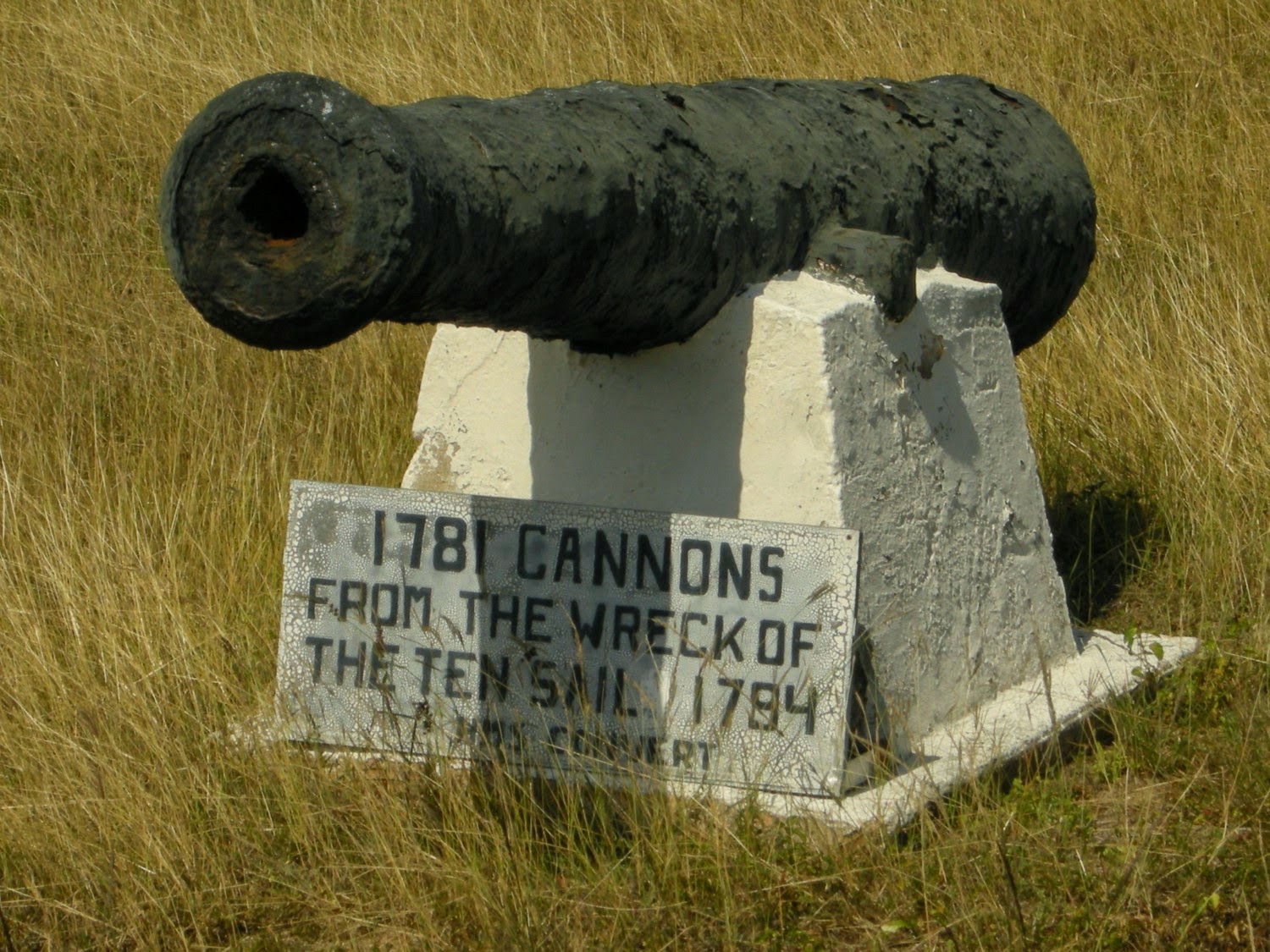 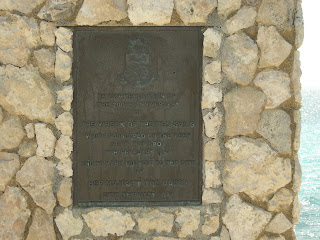 A monument, dedicated by Elizabeth II of England on the 200th anniversary of the disaster, stands on the bluff overlooking Gun Bay. Set in a stone monolith, here is the plaque commemorating the event. 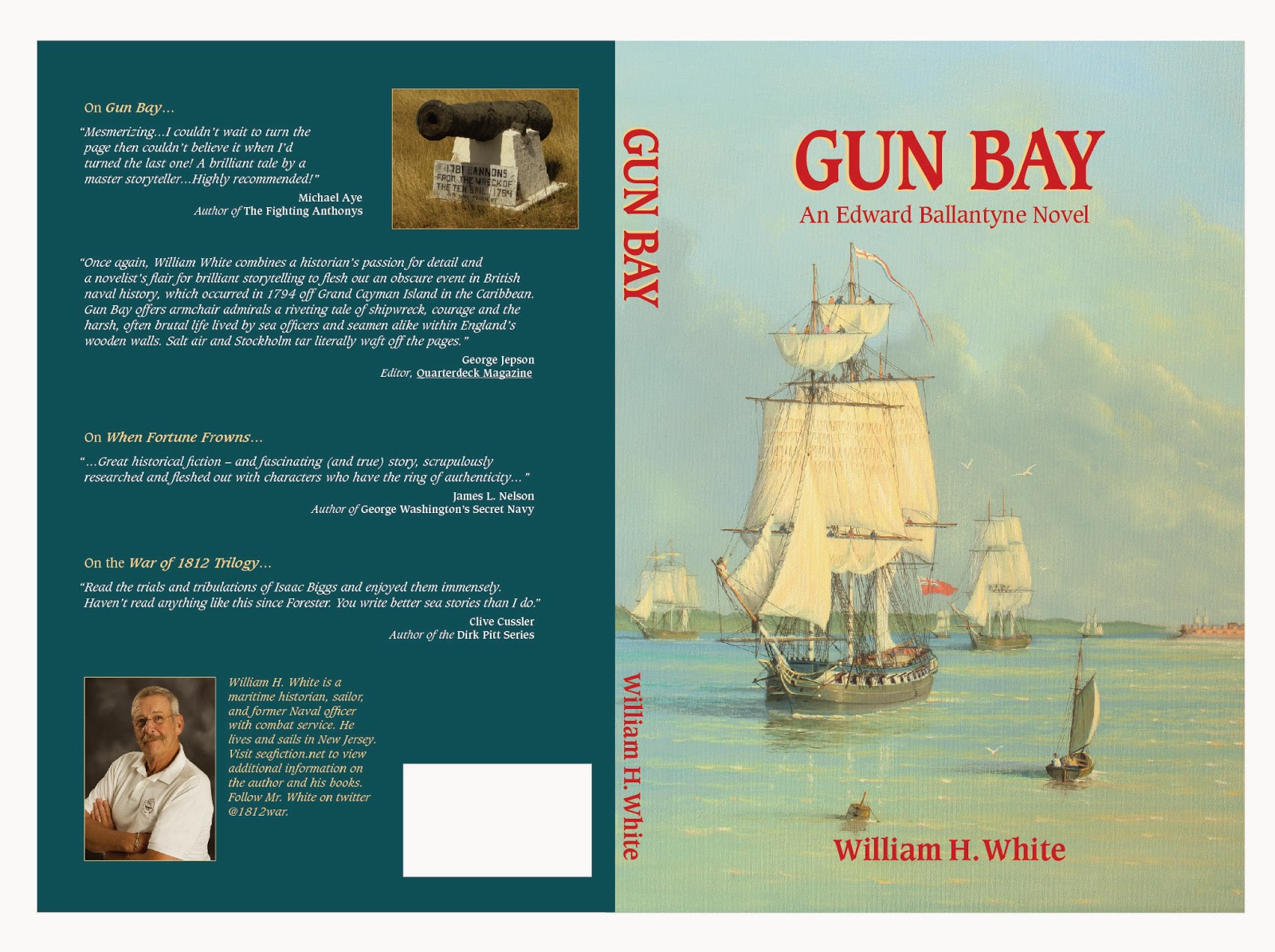 
In any case, today, 8th February, is the anniversary - the 225th anniversary - of the Wreck of the Ten Sail, as it is still called today.

Fair Winds,
Old Salt
Posted by Maritime Maunder at 11:07 AM