1 March 2017: Wow! It's March already; where has the time got to? Seems like the New Year only just got underway! Anyway, today's post is kind of gloomy but at least one of the stories below has a personal significance for me. And as the title indicates, submarine service can be hazardous to one's health!


Since the Second World War, the United States, Russia and China — and a host of other nations — have lost vessels and their crews to accidents.
Operating submarines is a risky business under the best of circumstances — and will likely remain so. Even the highest technology nuclear submarines can end up on the ocean floor if the crew isn’t careful or the technology fails.
Here are some of the worst submarine disasters of the past several decades.

Perhaps the worst submarine disaster in recent memory was Russia’s loss of K-141 Kursk, which was a Project 949A Antey-class nuclear-powered guided missile submarine. The massive 16,000-ton submarine was destroyed in a massive explosion on Aug. 12, 2000 — which killed all 118 members of its crew.
Kursk’s wreckage was eventually recovered and the accident was ultimately traced to the Type-65–76A torpedo. Though the weapon is powerful enough to destroy an aircraft carrier with a single hit, the Soviet Union inexplicably designed the torpedo to run on hydrogen peroxide fuel, which is highly volatile and requires careful handling.
Unfortunately for Kursk’s crew, they apparently had neither the training nor the experience to handle those weapons.
After the Kursk disaster, the Russian Navy removed hydrogen peroxide-fueled torpedoes from service.

While Russia and the Soviet Union have had their fair share of submarine disasters, the United States Navy has lost submarines too. On May 22, 1968, the USS Scorpion, a Skipjack-class attack submarine, was lost with all hands 400 miles southwest of the Azores islands.
There were 99 sailors onboard.
It is still a mystery as to what exactly happened to Scorpion — the boat simply failed to return to port on May 27 that year. The Navy launched a search, but eventually declared it lost on June 5. Eventually, Scorpion was located under 10,000 feet of water by a Navy research ship later that year.

U.S. Navy sources tell me they have a good idea about what probably happened to Scorpion — but didn’t provide any details. Most public sources, suggest that the most likely cause was an inadvertent activation of the battery of a Mark 37 torpedoes or a torpedo explosion. 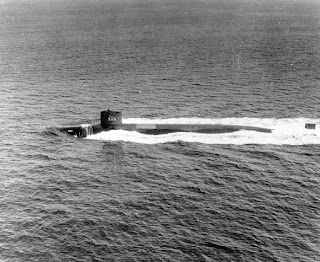 USS Thresher sank on April 10, 1963, with 129 sailors onboard. It was the first nuclear submarine disaster, and to this day, has the highest death toll. Unlike with Scorpion, the U.S. Navy has reported exactly what caused Thresher to sink — poor quality control.
The submarine sank while it was conducting a dive to its test depth of about 1,300 feet. Five minutes prior to losing contact with the vessel, the submarine rescue ship Skylark received a garbled UQC transmission — an underwater radio of sorts — that said Thresher was having some minor technical difficult.
Skylark continued to receive garbled messages until the sonar picked up the sound of Thresher imploding.
A Navy court of inquiry found that a piping failure probably caused the accident.

There were, of course, others, both Russian and American, but these were some of the more significant.

At the start, I mentioned a personal connection to one: I was a department head (Weapons) on a US Navy Destroyer stationed in Norfolk when the "submiss" [submarine missing] report came in at 2300 hours local. The TV ran a crawler on the screen directing all personnel to report to their ships and with a quite large contingent of ships, we got underway to look for the missing sub, Scorpion. We were out for about a week and never did find her (that was later) but there are still those who are reasonably sure that she sank as a result of a Russian sub either hitting her or firing a torpedo into her. In fact two books have been written espousing that view.

That will do it for now, friends. Until next time,

Posted by Maritime Maunder at 6:52 AM