7 October 2016: A while back we posted a story about Parks Canada discovering the whereabouts of one of the two Franklin Expedition ships lost in the ice of Canada during their quest for the fabled Northwest Passage. (mid 19th Century). The two ships, HMS Erebus and HMS Terror vanished with nary a trace and all hands were lost, some while trying to trek across the ice to some form of civilization. None made it.
Parks Canada discovered Erebus last year and have dove the wreck confirming it's provenance. At that time, Terror remained lost. Now she's been found and her identity confirmed. An interesting fact, possibly, is that HMS Terror was originally a bomb ship used by the British in the War of 1812 against Fort McHenry in mid September 1814 and which inspired Francis Scott Key to pen what would become our National Anthem. She was converted for use in the Arctic and made 2 expeditions there.

The announcement from Parks Canada:


The Canadian Government has confirmed that it has in fact found the wreck of the HMS Terror, the second ship of the ill-fated 1845 Franklin Expedition to find the Northwest Passage. 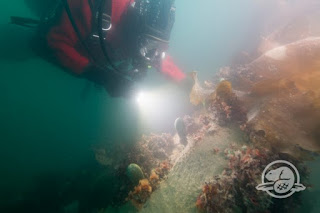 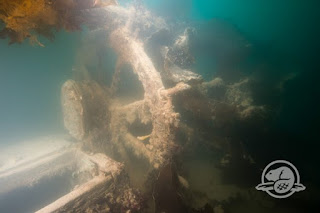 Parks Canada confirmed Monday the wreck located in Nunavut’s Terror Bay just off King William Island is that of HMS Terror. The confirmation was made by Parks Canada’s Underwater Archeology Team based on a side-scan sonar survey and three dives to the wreck, which included additional surveys of the wreck using multi-beam echosounder.

Earlier this month, Britain’s Guardian newspaper reported that a team from the Arctic Research Foundation, a private and non-profit group participating in the hunt for the famous shipwreck, had discovered the HMS Terror in pristine condition at the bottom of a bay. The Canadian Government was yet to confirm the report however.


Sir John Franklin along with his 128 crew aboard the HMS Terror and HMS Erebus all died after the vessels became stuck in ice during a search for the Arctic passage between the Atlantic and Pacific oceans.