25 October 2015: One of the more famous naval engagements of the War of 1812 took place on this date in 1812. While it is well known to naval historians and folks with an interest in the War of 1812, it seems not to be "common knowledge" to the general public. So once again, I will throw myself into the breach and tell you about it!

On 8th October, 1812, several American squadrons sailed from Boston in search of British ships to fight, merchants or men of war. One of the squadrons which included the frigate USS Constitution and USS Hornet (James Lawrence of "Don't give up the ship" fame in command) headed south and ultimately had success off the coast of South America. Commodore John Rodgers in USS President, sailed to the north in company with USS Congress, and Commodore Stephen Decatur in USS United States sailed east with USS Argus in company. 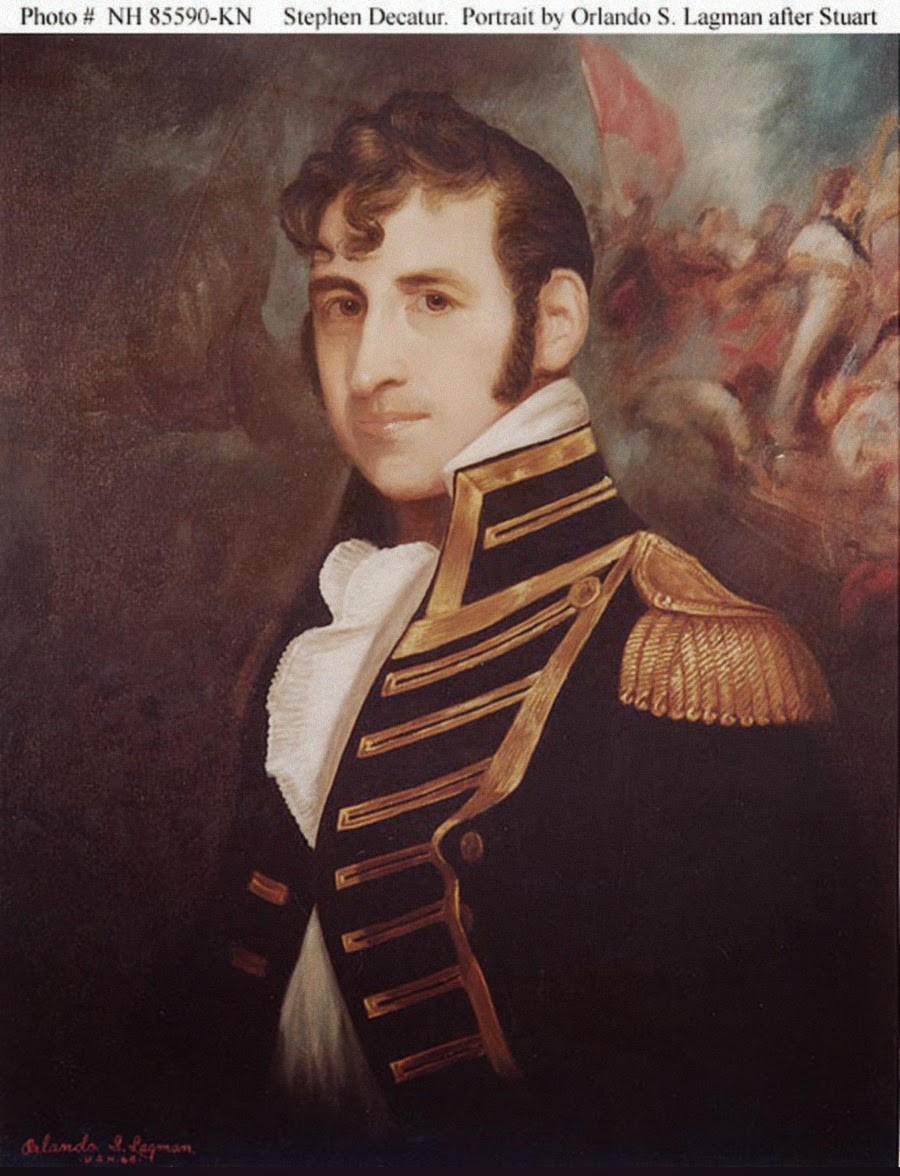 Decatur ordered Argus to sail independently shortly after the ships were out of sight of land and continued on, toward the Canary Islands, in United States. His ship was a heavy frigate and sister ship to Constitution . Rated at 44 guns, mostly 24 pounders, she carried over 50 for this cruise. The rating of 24 pounder refers to the weight of the iron ball the cannon fired.

At dawn on 25th October, lookouts in United States spotted a sail some 12 miles distant, and Decatur order his ship to close. He quickly recognized HMS Macedonian - in fact, shortly before war was declared, Decatur had been aboard Macedonian to visit her captain, John Carden. He knew all British frigates mounted 18 pounder guns and did not have as great a range as his own 24 pounders. He maneuvered to gain an advantage and at 9 AM, opened fired at a long range with a full, but inaccurate, broadside. Macedonian closed and fired her guns while the American ship reloaded, doing minor damage to Decatur's ship. Further broadsides from each continued and the heavy weight of shot and longer range advantage of the 24 pounders in the American ship told; by noon, Macedonian was a dismasted hulk wallowing in the long swells of the South Atlantic. Carden had little choice but to surrender. He had lost over 1/3 of his crew, half his armament, and all his rig. United States, on the other hand, had eight casualties and only minor damage. 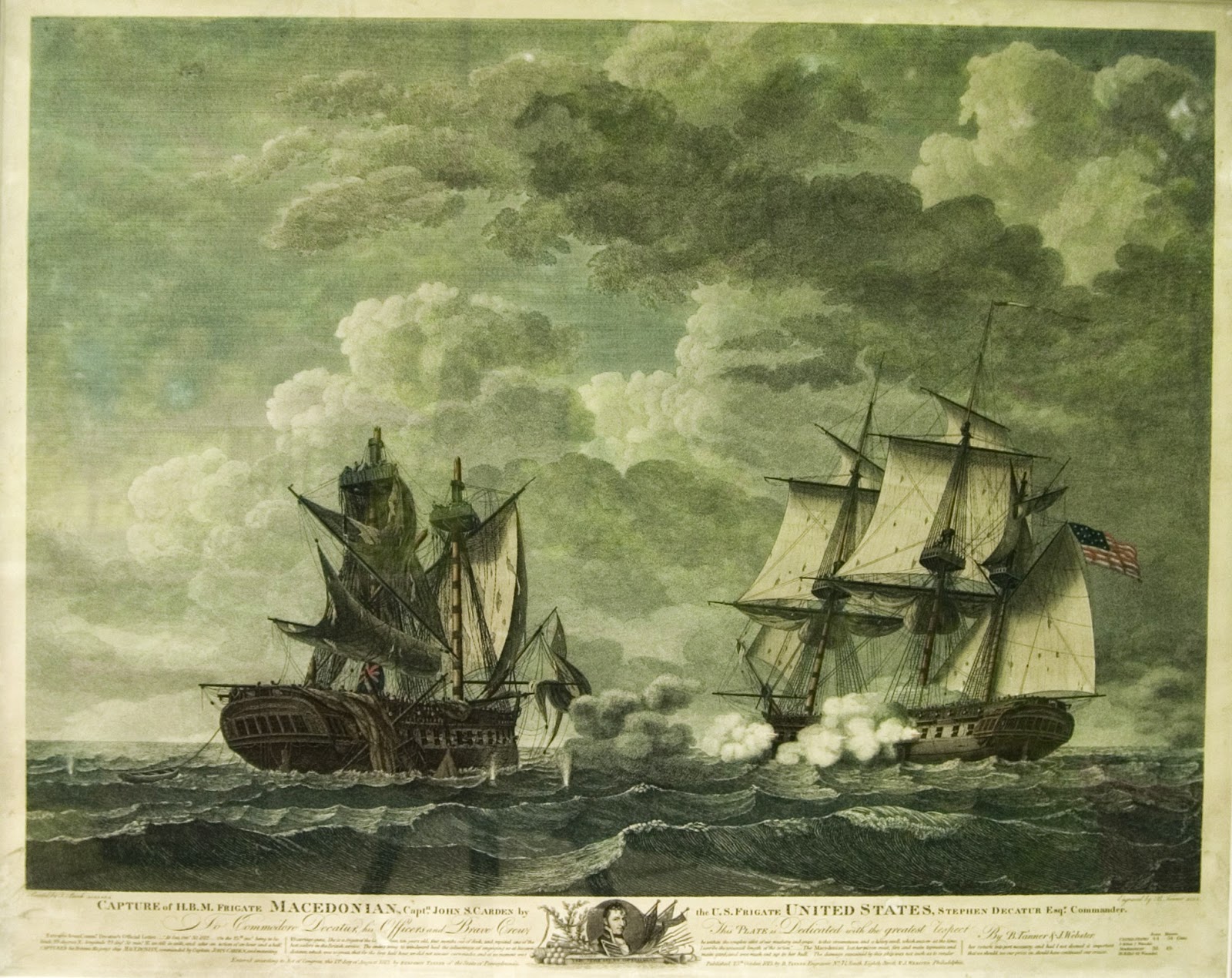 Now that's longevity! It's too bad the world at large had little sense of archiving some of the great warships of the period - or perhaps they did and could not generate the funding to accomplish it - but wouldn't it have been amazing to see some of them here. So, America's Ship of State, USS Constitution lying in Boston (currently in dry dock for a refit) gets all the glory and well deserved it is!

Posted by Maritime Maunder at 9:12 AM