5 December 2021: Where has this year gone!? 26 days til a new year, 20 days until Christmas. Seems like we were just last week sitting on the beach and sailing our boats. Wearing bathing suits (Yes, I realize that some of you may not be in cold weather, but here in the northeast, it's surely not bathing suit weather! (And yes, I know some of you are "frost biters" sailing throughout the winter months,, but for most of us, boating is a warm weather pleasure!)

On a positive note, I am pleased, amazed, and humbled to report that Maritime Maunder has attained over 130,000 - 130,350 to be exact - readers. Thank you for your attention and I will continue to try and post interesting maritime items of general interest (to the maritime world)!

Today's post is of general interest and of equal import to flyers as well as those who go to sea: the use of the word MAYDAY. Some years ago, I recall reporting a couple of incidents here on the Atlantic Coast of people hoaxing the Coast Guard with a "mayday" call. They were ultimately caught and hopefully now enjoying life a bit poorer and looking through bars.

In May 2020, the pilot of Pakistan International Airlines Flight PK 8303 reported technical problems and uttered the dreaded "mayday" alert. "We have lost two engines. Mayday, mayday, mayday," were the pilot's last words, according to Business Insider. Ninety-seven people perished.

"Mayday!" is an international distress call used by airplane pilots, boat captains and some emergency response personnel. The U.S. Coast Guard deals with roughly 25,000 distress calls every year, some of which involve the "mayday" code.

The signal arose just after World War I, as air traffic between Britain and mainland Europe increased dramatically. All nearby nations needed an internationally understood signal that would alert authorities to urgent aircraft problems.

Why not just use the standard "SOS" call that navy captains used when they were in trouble? Well, ships communicated through telegraph using Morse code, and this technology made "SOS" (three dots, three dashes, three dots) unmistakable. By contrast, aircraft pilots used radio calls, and "SOS," owing to its consonants, could be misheard as other letters, like "F." 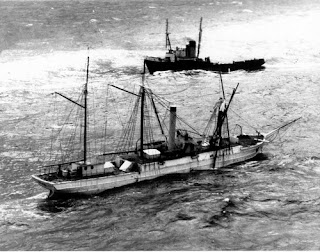 Frederick Stanley Mockford, a senior radio officer in London, was put in charge of finding an appropriate code word. He reasoned that because so much of the air traffic flew between Croydon and Le Bourget Airport in Paris, it might make sense to use a derivative of a French word.

He came up with "mayday," the French pronunciation of "m'aider" ("help me"), which itself is a distilled version of "venez m'aider," or "come help me." The U.S. formally adopted "mayday" as a distress signal in 1927.

Due to radio interference and loud ambient noise, pilots and captains are told to repeat the word three times: "Mayday, mayday, mayday." The repetition also serves to distinguish the transmission from others that simply refer to the mayday call. 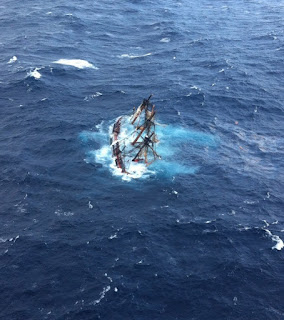 Given its importance, most people respect the mayday signal and use it only when absolutely necessary. Sadly, the Coast Guard occasionally deals with hoax calls, owing in large part due to the virtually untraceable VHF radio signals it uses to receive distress signals. As a result, hundreds of thousands of dollars and countless man-hours may be wasted trying to rescue people who were never in danger. People who abuse this system can be jailed for up to 10 years and fined $250,000.

"Mayday" is the signal that there's an urgent and life-threatening situation in progress. However, operators can also fall back on, "pan-pan," which means you have an urgent situation that's not immediately putting lives at risk – for instance, your boat ran out of fuel and you need assistance.

As a  final reminder, please think before you grab that mic and start hollering "mayday" when you've run out of gas or beer. It's for use in dire emergency when lives are on the line.

Until next time friends. And thanks for the interest in our blog!

Posted by Maritime Maunder at 12:04 PM