20 November 2021: Sailors - and others who go to sea - are basically a superstitious lot; some of their beliefs are weird and strange to those of us in the 21st Century, but in the days before the internet, airplanes, and instant communications, a sailor had only himself, his ship, and his mates to rely on for getting back to shore safely - and hopefully, in the same vessel he left port on!

Courtesy of the Maritime Museum of New Zealand, we will have a look at ten of the superstitions this week and next week, we'll finish the list of twenty.

20. Re-naming a boat
It is bad luck to change the name of the boat. If you do, you must have a de-naming ceremony and officially christen the boat again.

19.  Tattoos
When tattooing became popular at sea a rooster and a pig were often tattooed onto sailors’ feet. It was believed these animals would prevent the sailors from drowning by showing them the way to shore. [ed: they were also generally in crates which floated!] 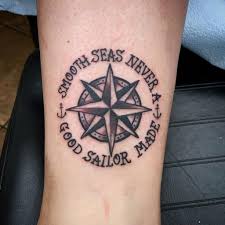 18.  Blood
It is unlucky to set off at the start of the fishing season without having first shed some blood in a fight or in an accident.[ed: "if there's no blood, you're not sailing!"]

17.  Fishing nets
When setting fishing nets it is good luck to use an odd number 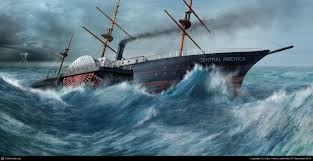 16.  Caul
Having the caul of a new-born child on board a ship was meant to prevent anyone from drowning. This meant that cauls were often purchased by sailors before a voyage. (A caul is a harmless membrane that covers the face and head of a newborn baby. It is very rare).

15.  Hat overboard
Losing a hat overboard was an omen that the trip would be a long one.

14.  Egg shells
Egg shells had to be broken into tiny pieces once an egg was cracked open. This was meant to stop witches coming to the ship to sail in the pieces of shell.

13.  Personal grooming
Anyone aboard who trimmed their nails cut their hair or shaved their beard brought bad luck to the ship.

12. Feet
Flat-footed people were unlucky on board a ship and were also avoided by sailors before they boarded. 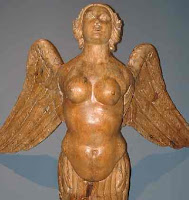 11. Women
Women were bad luck on board because they distracted the crew, which would anger the sea, causing treacherous conditions as revenge. However, conveniently for the male crew, naked women calmed the sea, which is why so many figureheads were women with bare breasts.

OK, yes they are a bit weird, certainly not prevalent in today's maritime world, but at one time, men of the sea lived by these and 10 more that we'll look at next time.

Posted by Maritime Maunder at 9:44 AM